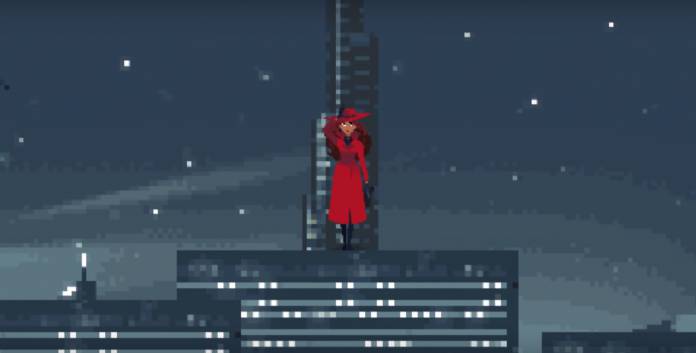 Those who grew up in the 80s and 90s have at one time or another played Where In the World is Carmen Sandiego and joined in the search for the “villainess” through PC games, books, and even a TV series. Just like with a lot of things in that age, we’re experiencing a revival of this property with Netflix doing an animated reboot of the series and a live action movie reportedly in the works. Now Google Earth is joining in on the adventure by bringing you a series of games you can play on the app.

The Crown Jewels Caper is just the first in a series of games that you will be able to play on your Android device or on your Chrome browser. You get a view of Google Earth and then a very 90s looking interface where you get clues and interview various characters so as to find the elusive Carmen Sandiego. The Netflix reboot portrayers her more as a Robinhood type of character rather than an outright villainess and we’ll see if Google will be following this new thread as well but still with 90s graphics.

When the game and subsequent universe launched in the 80s, it was not just entertaining but also educational especially when it comes to geography and other cultures. It looks like Google is still on that same route as the game is for those who are feeling that “geography itch” and those who want to still play detective and capture Carmen and her henchmen. You get to interview locals and visit various locales around the world, or rather, the earth.

The game was developed with Houghton Mifflin Harcourt and is an homage to the original. They plan to release more “episodes” in this game series. Just look for the Pegman icon in the Google Earth to start playing the game. It’s simple enough for you to follow but you also need a little bit of world knowledge to figure out the clues. Have fun!