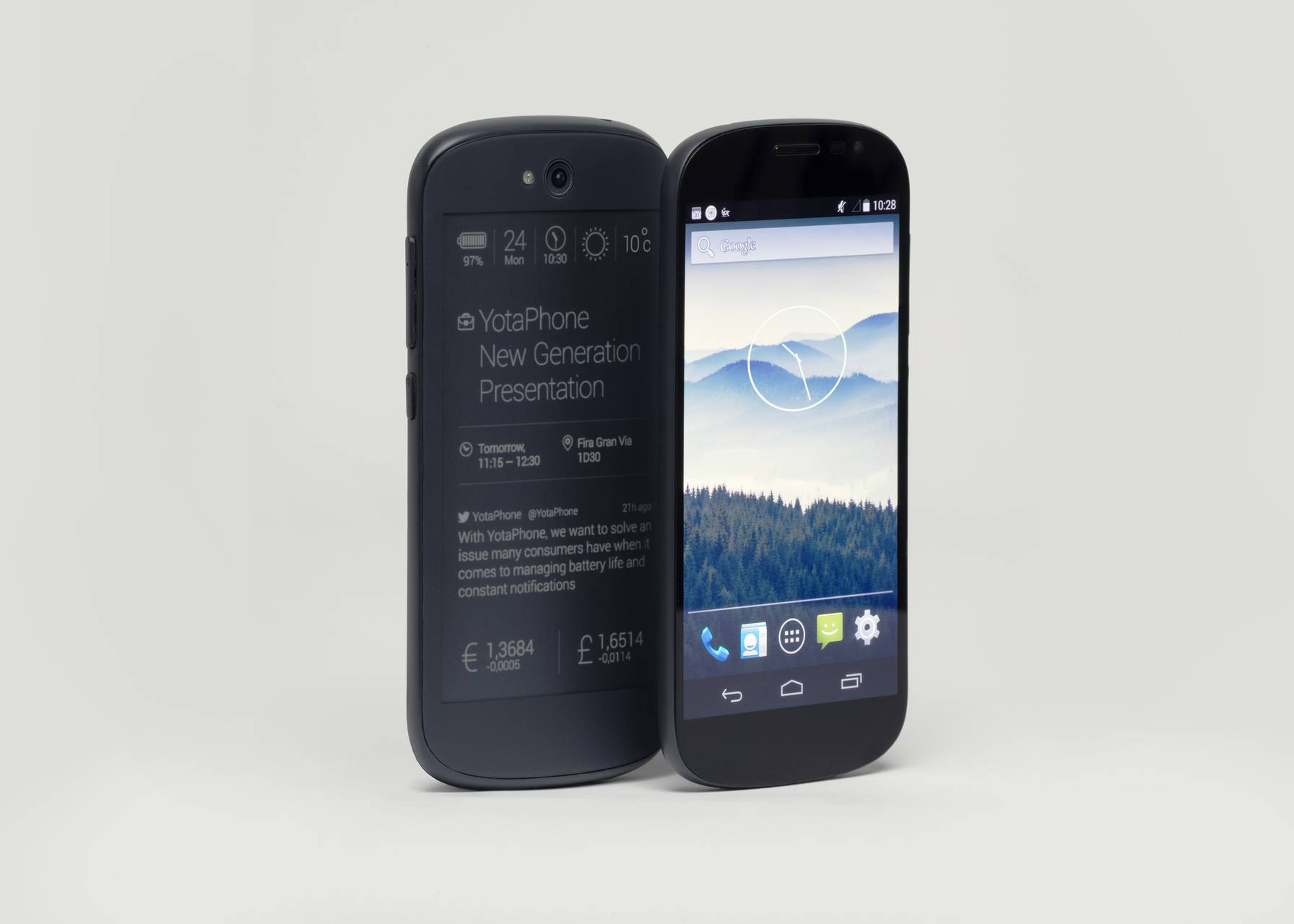 The interesting dual screen YotaPhone just became more interesting. At MWC 2014, the Russian company behind the device revealed that the next generation YotaPhone will be featuring full touch controls on its e-paper display backside, letting users control 74 percent of the smartphone’s surface.

YotaPhone caught our attention in 2012 with a rather unique concept. A smartphone with a regular colored LCD display on one side and a power-saving, always-on e-paper display (EPD) on the other. Our hands-on of the device in 2013 made us believe in the promise that Russian company Yota Devices delivered on later that year. Now the next generation YotaPhone is coming soon and it will be bringing a fancy new feature.

Users will now be able to use the EPD side just as they would the AMOLED screen, with touch. To take advantage of that feature, both screens have been increased, now 5.0 inches for the AMOLED display and 4.7 inches for the EPD screen. A new Smart Power Mode will let users turn off the color screen and utilize only the EPD screen for things like making and taking calls. This will ensure that battery consumption will be kept to a minimum even if the smartphone now runs on a more powerful quad-core Qualcomm Snapdragon 800. But the new YotaPhone isn’t just powerful inside, a new sleek and more curved design means it’s also beautiful outside.

YotaPhone is also launching its developer program to encourage app makers to design apps suited for the e-paper display. Judging from the documents, this iteration of the YotaPhone runs Android 4.4 Kit Kat. Yota Devices says that the next-gen YotaPhone will be available starting on the fourth quarter of 2014 for Russia and EMEA regions. Hopefully, it will make true its word to make the smartphone also available in the US and Asia three to four months later.