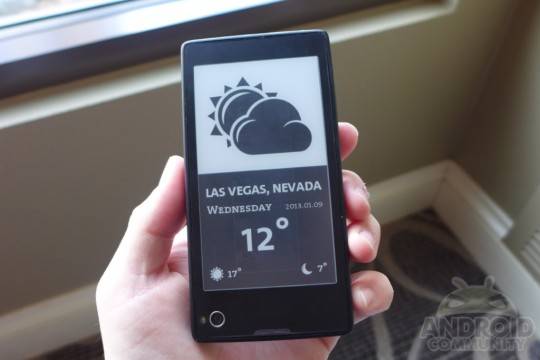 Coming out of Mobile World Congress, Yota Devices has announced that they have signed a software licensing agreement with Qualcomm. Yota Devices is the company behind the YotaPhone, which some will recognize as being the dual-display smartphone. For those not sure, the YotaPhone has a 4.3-inch LCD display and a 4.3-inch E-ink display.

This licensing agreement with Qualcomm could mean an easier global roll-out for the company. Aside from the dual-display set-up, the YotaPhone will arrive sporting a 28nm Qualcomm Snapdragon S4 processor. In terms of this deal, this makes Yota the first Qualcomm software licensee in Russia. While this move could eventually help Yota, this should also have some perks for Qualcomm.

In fact, Qualcomm Europe President and Senior VP of QTI Enrico Salvatori has said that “Russia is strategically important” to them. Salvatori also noted that they expect “strong growth” in the number of 3G smartphones in Russia over the next two years. In addition to the Qualcomm agreement, Yota also recently announced some news in regards to manufacturing.

That news arrived last week and basically stated that the YotaPhone would be manufactured by Hi-P. Or perhaps more interesting for those hoping to eventually get their hands on a YotaPhone — the company said the expect a global release to begin in the second half of 2013. Bottom line here, while we are interested in the device, we are even more curious to see how well received something like this would be with the average smartphone buyer.