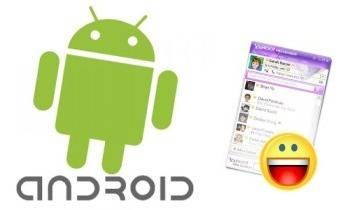 Video calling has become the new thing in mobile communication ever since the world heard of FaceTime. Many video calling applications have come to many platforms, but none with the brand recognition that Yahoo! boasts.

Yahoo! plans to bring video calling to the masses via it’s popular Yahoo Messenger instant messaging service. Users of the free app will not only be allowed to call between Android devices, but calls can be placed to and from Apple’s iPhone, and even from Yahoo Messenger for PCs. According to Yahoo, Messenger’s user base consists of 81 million users worldwide bringing the availability of video calling truly to the masses.

Unlike Apple’s FaceTime, Messenger’s video chat will work over both WiFi and your carriers network. We should be seeing Yahoo! Messenger in the Android Market soon.