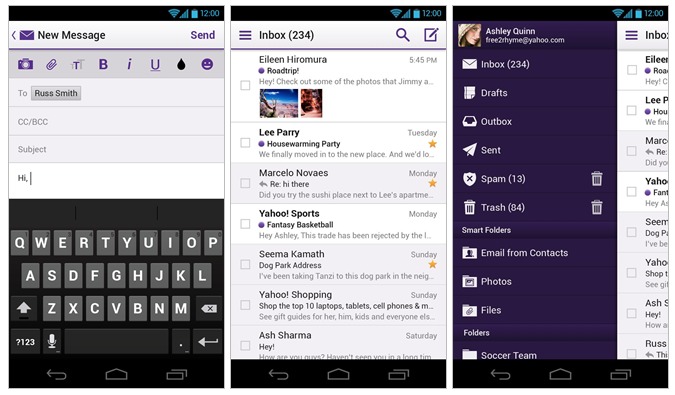 We know what you’re thinking. People still use Yahoo! Mail? And that answer would actually undoubtedly be yes. With more than 10 million downloads in the Google Play Store it is about time Yahoo finally gets up and issues an update. Their Mail app was badly needing an update and today they released version 2.0 with tons of improvements and a completely overhauled user interface.

Yahoo’s new CEO Marissa Mayer, formerly an executive with Google is now under complete control of Yahoo and we expect tons of changes to follow. This is after just a few months since she took over and the team is already releasing a new Android app. Version 2.0 of Yahoo! Mail for Android should be faster, leaner, cleaner and more stable. Here’s what to expect: 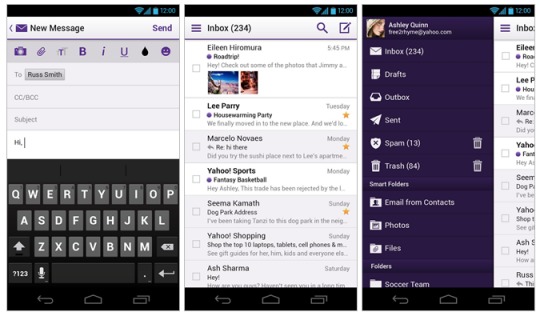 – We renamed the application to ‘Y! Mail’, ensure you don’t miss it in your apps
– Better battery performance
– Increased stability
– More secure with SSL turned on by default
– More reliable push notifications
– New interface with pull-to-refresh, a slide-out folder list and action bars

Before it was just listed as Mail in the app tray and many people would miss it somehow. So that’s nice. It looks like they’ve put a lot of focus on the user interface — one that I hate to say actually looks quite good. If you can get over all that purple the new Y! Mail looks pretty impressive. They’re touting better battery life, something I’ve heard was a big issue, increased stability, and a much more secure experience with SSL enabled by default.

Two new changes that are also some of the most complaints on the Play Store was the push notifications being rather flaky, as well as a refresh system. We now have an improved user interface that is streamlined and clean, and pull-to-refresh works like a charm. The new slide-out bar for settings and folders is also a welcomed edition. For the millions and millions that still are using Yahoo! Mail enjoy this latest version. Let us know what you think in the comments below.