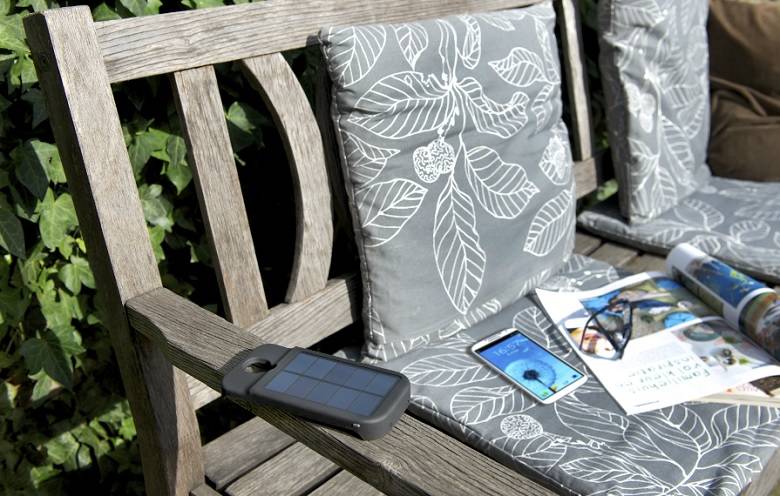 Despite all the sophistication and power of high-end smartphones, such as the Samsung Galaxy S 4, one thing that almost always ruins the experience is a short battery life. Xtorm has produced a new kind of battery pack that helps delay reaching for a wall charger and in a environment-friendly way to boot.

Chargers, battery power packs, and even smartphone cases with an extra built-in battery have become one of the staples of the smartphone accessories business today. Xtorm’s new power pack is quite similar to other products out there, sporting a 3000 mAh battery that will give your Galaxy S 4 an extra life in a pinch. To some extent, the Xtorm pack might even be worse than other options out there due to its size.

However, the one thing that makes it unique is the addition of photovoltaic cells that is used to charge the large battery via solar power. This means that you won’t have to rush into a building and race for wall sockets to charge the pack itself. Unfortunately, the battery pack does add a considerable amount of bulk but it seems not meant to be used as a permanent smartphone case. Simply let the battery charge by itself under the sun when unused and slip in the Galaxy S 4 when some extra juice is needed.

If Xtorm’s solar-powered 3000 mAh battery is your thing, you might have to wait for little longer, unless you live in Europe. This accessory for the Galaxy S 4 is expected to become available in European markets within a few weeks, with a price tag of 50 euros, or roughly $70.