The next family of devices to receive Android Nougat update is a slew of Xperia smartphones from the X and Z series. It was only last week when the Xperia XA Ultra and XA received the Android 7.0 Nougat but unfortunately, Sony put the release on hold temporarily without any explanation. The pause seems to be temporary only so we’re crossing our fingers Sony rolls it out again soon.

When asked, the reason provided was because there were some “inconsistencies related to the over-the-air delivery system”. It’s bad news for XA and XA Ultra owners but more Xperia phone users are finally getting the chunky update but a team is already working on it. Sony also assured the public that “there is no detrimental impact on device performance or loss of existing user data”.

As for the Xperia Z phones getting Android 7.1.1, the Xperia Z4 Tablet, Xperia Z3+, Xperia Z5 Compact, and the Xperia Z5 are now eligible to get the firmware update. From 32.3.A.2.33, build number will be updated to 32.4.A.0.160. This release also includes the June 1 2017 Android security patch which is the latest from the Android development team. Expect to receive an OTA notification on your phone or check manually now if you can’t wait for the release. 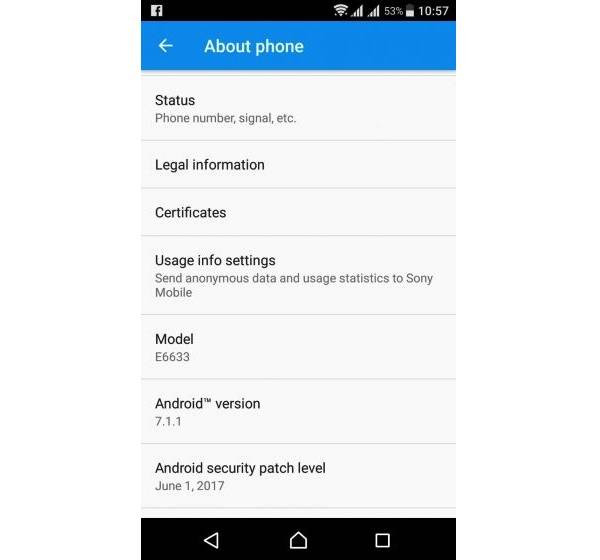