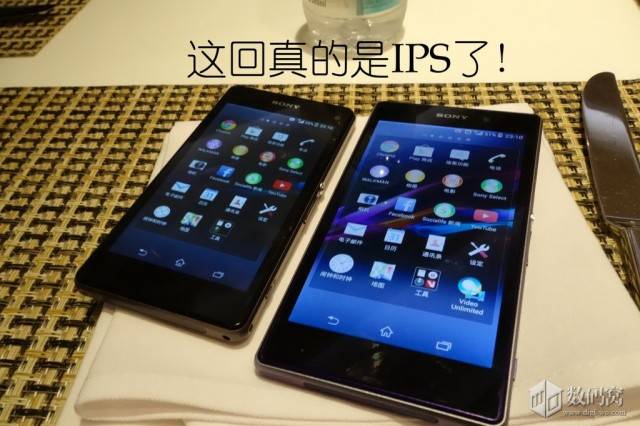 The Xperia lineup is ready to see another addition. The Xperia Z1s, which is going to be a smaller version of the widely ballyhooed Xperia Z1, has once again been spotted. This time, it’s out and about, and shown next to the bigger device in the lineup.

With the Xperia Z1s, Sony now has three sizes in the lineup. While nothing official has been announced, the Xperia Z1s is said to have a 4.3-inch screen, more than a touch smaller than the Xperia Z1 and the 5-inch screen it sports. The Xperia Z Ultra, however, tips the scales with a hefty 6.44-inch display.

If this all seems familiar, it’s a game Samsung started with the Galaxy S3 mini. Diversifying a portfolio appeals to more customers, and fits many more hands. HTC has done the same with their One lineup, and Motorola even chimed in with the DROID series for Verizon. All devices keep roughly the same hardware behind a smaller or larger screen.

The Xperia Z1s looks to be a near cargo copy of the Xperia Z1, but the pic looks like the device might have a darker screen than the big brother. The Xperia Z1s is the international version of the Japanese-only Xperia Z1f. We’re fans of Sony’s hardware, but they’re lacking in one key area: we can’t readily find them at carriers.