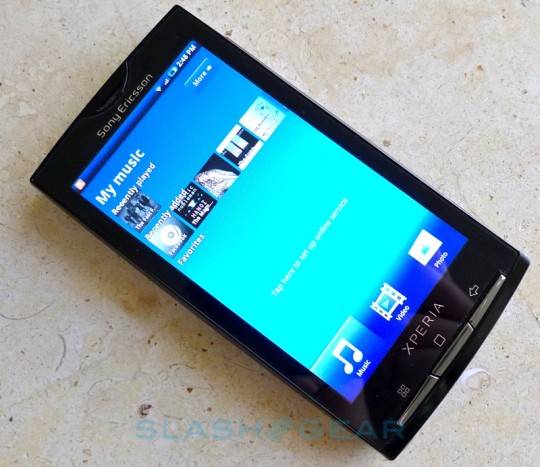 Sony Ericsson has announced that the Android 2.3 Gingerbread update for the XPERIA X10 is on track for a roll-out from the beginning of August 2011. The company has also released a video demo of the upgrade in action – which you can see below – as well as confirming just what features have made it in – or been left out – of the new ROM.

After user requests, the original camera UI from the Eclair build has been left in the Gingebread update. The Facebook Inside XPERIA tweaks – which allow for sharing from the media player, browser and other apps – are present, as is most of the functionality from the Sony Ericsson XPERIA Arc.

“The UI with the desktop layout and pinch-to-overview gesture will be similar and Gingerbread features like Wi-Fi & USB tethering, App storage on SD-card etc are included. Also the customizable horizontal app tray and the media experience widgets from the 2011 XperiaTM Products are in, including an integrated equalizer in the music player. Of course also apps that require Android versions 2.2 or 2.3 will now be possible to download from Android Market, e.g. Adobe flash.”

However, Sony Ericsson will not be including DLNA support out of the box, due to the inherent delays in getting type approvals, though third-party apps are available in the Android Market. Generic trade versions of the X10 will get the update first, followed by some operator models. However, the company warns that – as said before – some operator-supplied models will not be eligible for the Gingerbread update.