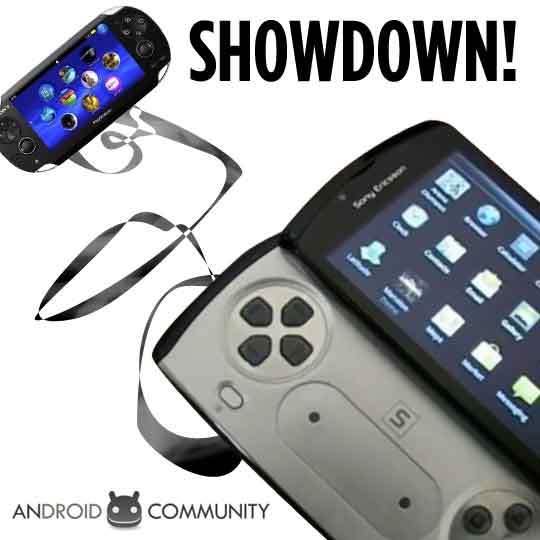 Before we even begin, I’ve got to mention, since this sort of thing is contested quite often, that when we say “Which is Better?” we of course mean “Which is Better for You?” Below we’ve listed the specs on both the XPERIA Play (aka the PlayStation phone) and the Sony NGP (revealed today to essentially be the second generation PlayStation Portable.) What you’ll find is two surprisingly different experiences, one device able to bring you the superior gaming experience, the other offering you the additional pluses of the Android Marketplace, a smaller footprint, and more. Choose your destiny!

So what’s it gonna be, folks? It’s a little bit difficult to judge at the moment since most of these specs (especially on the XPERIA Play,) are still technically unannounced. We’d like to say you’d be better off with the phone if you’d like more across-the-board functionality, going with the NGP if you want games specifically, but it’s not that simple. If you could find a way to connect the NGP to a 3G or 4G network, it appears as though it’d be a superior machine as far as social interaction goes (isn’t that strange?) But when it comes to apps further reaching than what PlayStation and its affiliates are going to offer, it appears that the XPERIA Play might be better suited to your needs, especially since it’s got a MUCH better chance of being jailbroken within the first 10 minutes of its release, leaving you open to thousands of not only games, but apps that can do much more than skateboarding on a screen.

What do you think? If you’re planning on purchasing, which one are you looking at to grab? Here’s some additional media to help you decide: