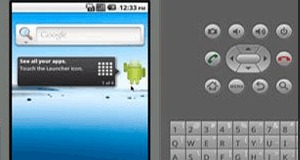 Sony-Ericsson announced on their blog this week that game developers hoping to get the inside track on developing games for the Xperia Play need look no further than design3 for all  their training needs.  design3 will be offering streaming videos in HD which will train gaming developers and will take them from concept to delivery in the fastest possible time.  The design3 portal will make stream all training videos in HD for a $20 a month subscription.  And developers will have access to 3D tools, game engines, and middlewares with everything that’s necessary to create games at design3’s Training Center.  But they have one word of advise .. UNITY.

design3 suggests that game developers start with the Unity engine, which makes getting a game on the Xperia easy thanks to support for JavaScript, C#, and a Python’s “Boo” flavor.  And yes, design3 also has several tutorial videos for Unity as well, enabling game developers to hit the ground running.   design3 will also take budding new developers through how to create an Android developer account, install the SDK and set up your mobile device for testing of development builds.

Once developers have a game ready to go, Sony Ericsson’s Union Initiative will help with distribution as well. Once new game developers have a grasp of Unity and game basics, they can learn about more challenging skills such as multi-touch and accelerometer input, scripting, and even working with the Xperia Play’s API. So if devs are looking for a way to get their games Playstation certified, this is certainly a good place to start.