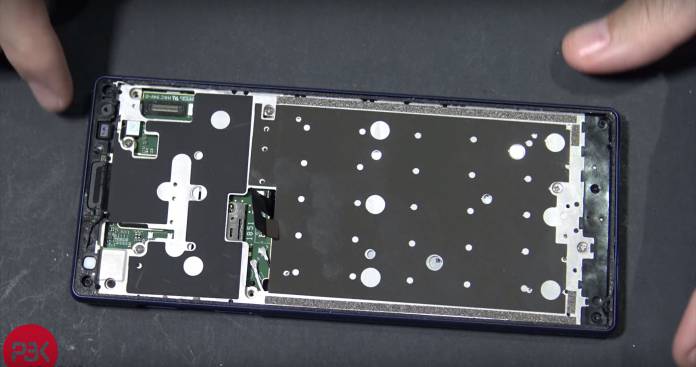 Some people find satisfaction in seeing new smartphones be put through the ringer with all kinds of scratch and pressure tests. But there are also those who like to see these devices being disassembled and torn down so to speak. If you’re the latter, then you’ll want to watch the latest video that gives the Sony Xperia 10 Plus the Disassembly Teardown Repair Guide treatment. And the good news is that its 21:9 screen should be easy to replace should it get damaged.

Obviously, you won’t be the one to replace the screen should it need replacing but at least we know that it won’t be difficult for the repair companies to do so. The video is more for “educational” purposes as it teaches you to disassemble and then reassemble the device, in case you’re interested in that kind of thing.

When it comes to the screen, you’ll have to go through the front and remove the screen that is attached to the frame. Below that, you’ll see the large metal plate that is between you and the motherboard. And unless you know your way around one, you’ll want to stay away from that. The battery has a pull tab that will release it even as it is glued down so if it needs to be replaced, they will have to disassemble the device almost completely.

Basically, disassembling a phone enables us to see that the Xperia 10 Plus is actually a relatively well put together device. With the screen being easy to replace, you won’t have any problem in case it will be damaged or cracked. But hopefully it will never come to that. View the complete video below to see the whole process which takes about 12 minutes (the disassembly at least).