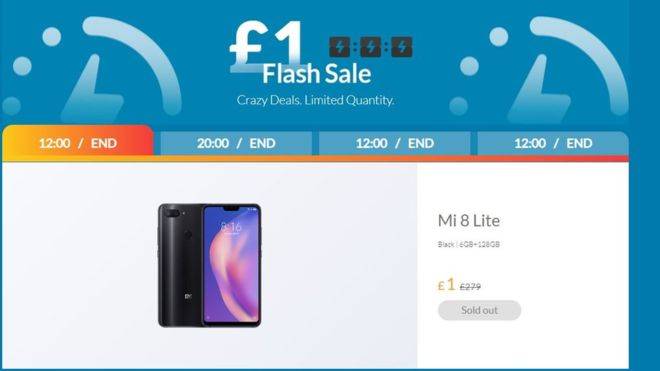 When you’re trying to go viral as you launch your brand in a new territory, you might want to make sure that you will trend for the right reasons. Chinese OEM Xiaomi is currently under fire for a recent “flash sale” that they did in the UK because they did not inform users that they will only have around 2-3 units to sell for each of its new handsets. Now the country’s advertising watchdog might actually investigate them for false advertising after complaints were made.

Last week, Xiaomi promoted that they were going to do a “crazy deals” promotion in which two of its newest handsets will be sold for only £1 each. As soon as the timer officially started, people of course logged on to the website, only to find out that the items were already sold out. This was their first time to do the flash sale in the UK and they said that it attracted “enormous levels of demand”.

However, some users were saying that only 2-3 units were allotted for the sale but this was not stated anywhere in their main advertising. You had to go through their terms and condition (and come on, no one does that) before you’ll see that information. There was also a user who analyzed the code on the webpage and said that it had been set to “sold out” as soon as the sale opened. So basically, users are saying that this was just “click bait” for people to go to their website.

Xiaomi denies that is the case and said that actual phones had been sold. Their UK sales manager said that they used a lottery system for those who pressed the button closest to the set time. But users pointed out that there was no mention of a lottery anywhere and in fact in the terms and condition it stated that it was on a first-come, first serve basis.

Given the numerous complaints submitted to the Advertising Standard Authority, there may be an investigation as to whether or not they violated any of the rules with this flash sale. And of course, a lot of people are already turned off with Xiaomi because of this.