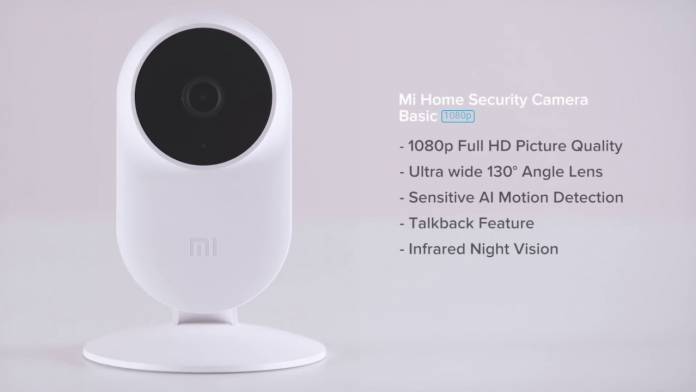 An issue brought up by a Redditor over some still images captured by his Mi Home Security camera was concerning enough that Google has temporarily stopped integration of its Google Assistant with other Xiaomi products. The Chinese brand has finally responded to the issue and admits that there was a problem due to a cache update. However, they said they have been able to fix the issue but the service is still suspended until “the root cause has been completely solved”.

A Redditor shared some stills that he got from the Xiaomi cameras around his house which were not from his actual security feed. The images, which would sometimes be distorted like in a horror film, were from other people’s homes. He would see an old man sleeping in a chair or a baby sleeping in its crib. If they were indeed from other security cameras, then that is a huge security vulnerability that needs to be fixed.

Google immediately but temporarily stopped Google Assistant integration for all Mi Home smart products. This includes light bulbs, security cameras, and other devices that might be affected. They also said they were in contact with Xiaomi so they can fix the issue. And finally, the Chinese OEM has released an official statement about the issue. They acknowledged the issue with the Mi Security Camera Basic 1080p and that they have solved the problem already.

The problem was caused by a cache update released last December but only happened “in extremely rare conditions”. The update was supposed to improve the streaming quality of the camera but something went wrong with the integration of the aforementioned camera and the Google Home Hub “with a display screen under poor network conditions.” They detected around 1044 users affected except if the camera was linked through the Mi Home app.

While they have been able to fix the issue and informed Google about it as well, the integration is still suspended as they want to be able to completely solved and determine the root cause of this particular problem. If we were owners of the Mi Home Security Camera, we would rather they take their time to fix this rather than have this security issue come up again in the future.