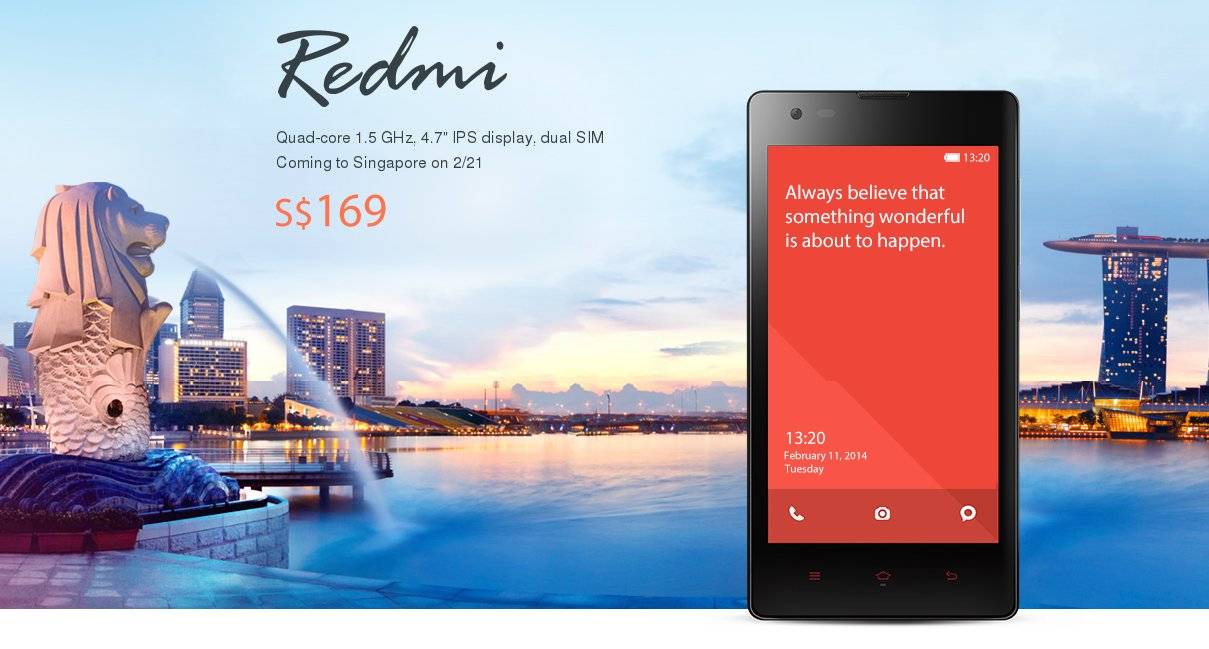 Chinese manufacturer Xiaomi has finally revealed more details about its new Redmi brand. What was launched in China as the “Red Rice” Hongmi will soon be making its way in other parts of the world, making Singapore its first stop in world domination.

Like many other Chinese manufacturers these days, Xiaomi is gearing up for spreading their devices outside Chinese or regional markets. Xiaomi might have a slight advantage in reading the market after having bagged Google’s Hugo Barra, who was one of those who teased Xiaomi’s mysterious Redmi line. Now Xiaomi is baring all about Redmi and, for all intents and purposes, it is a rebranded Hongmi that is meant for the rest of the world.

The same things that might have piqued your curiosity about the Hongmi are all present here, including the 1.5 GHz quad-core MediaTek chip and SGX PowerVR GPU. The display might feel dwarfed at 4.7 inches, but it still manages to cram a 1280×720 screen resolution, which results in a slightly higher pixel density. It also boasts of an audio system from the famous Swedish brand Dirac. You also get dual SIM support but, strangely, only one SIM slot can support WCDMA 3G while the other only has GSM 2G.

If the features don’t sound so impressive its because Xiaomi isn’t really aiming to cater to more sophisticated smartphone users. It instead wants to give beginners what it considers to be the best device that is also easy to use. And it even has a price tag to match, selling the smartphone for only 169 SGD, or around $139. Based on Xiaomi’s Twitter account, the Xiaomi Redmi will be landing in Singapore on February 21.