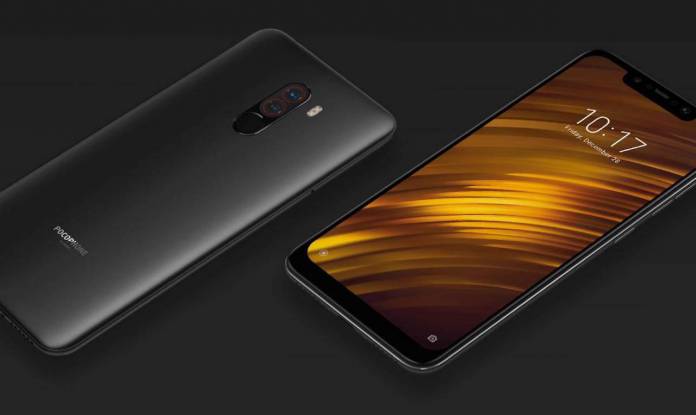 A second-gen Pocophone is happening. We’re certain that Xiaomi will release another gaming phone but we can’t say yet if the final name will be the Pocophone F2. The Poco F2 seems to be the most obvious follow-up but we’ll have to wait for a confirmation from the Chinese OEM. A mysterious phone popped up on Geekbench and we’re now curious if it’s really the Poco F2. Some are saying it’s not or if there’s a device called Poco F2, it’s a fake at this point.

Xiaomi’s sub-brand Pocophone is believed to be working on a new smartphone. Many people are looking forward to the next phone offering because the POCO F1 made an impression with the specs and the price.

We wondered how it is an affordable smartphone because the specs are almost premium. There have been POCO F1 Lite rumors but we want full variant to be next.

The Geekbench listing shows a device equipped with the following: 4GB RAM, Qualcomm Snapdragon 855 processor, and Android Q OS. Scores generated are 1776 points and 6097 points in the single- and multi-core tests.

The list sounds legit but we’re wondering why there is only 4GB of RAM when the predecessor already has 6GB RAM. So is it a Lite or a 2nd-gen Poco? 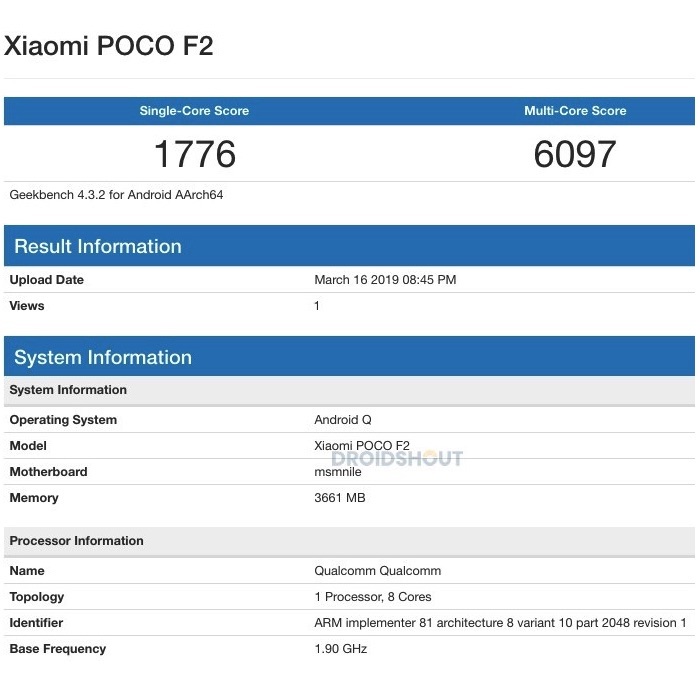 It’s fake. XDA devs already have a piece about this. The leaked benchmarked mentioned by a number of blogs are not true. There is no such thing as POCO F1 Lite, at least, not yet.

It’s less than two weeks before April Fool’s Day so we’ll just file this too early for April 1. Again, there is no POCO F2. The numbers you see floating around are fake.