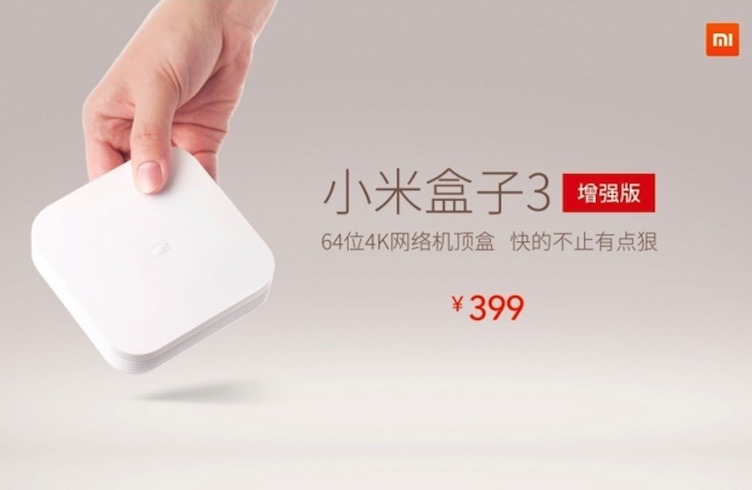 Android TVs and more smart home tech are expected to advance this year but that doesn’t mean we’re forgetting set top boxes. Yes, there are such devices still being made and available in China. One of the few ones we know that has one in its lineup is Xiaomi. No new model yet but the old Mi Box 3 has just been updated so don’t be surprised if you see a Xiaomi Mi Box 3 Enhanced Edition somewhere.

The updated Mi Box 3 Enhanced Edition now comes with a new remote control and more powerful specs. The enhanced media player now features a faster processor. It comes with a 64-bit MediaTek MT8693 chipset, a PowerVR GX6250 GPU, and a hexa-core CPU. Xiaomi also improved the cooling system so the device is not only faster, it’s also cooler and able to keep the temperature low to avoid overheating.

The Xiaomi Mi Box 3 Enhanced Edition comes with a 399 yuan price tag. That’s $61 so it’s really cheap. The specs are good enough with WiFi 802.11ac 2×2, Bluetooth 4.1 connectivity, 2GB RAM, and 8GB built-in storage. It’s a little pricier compared to the first version but the bump in specs are worth it. The device runs on the Android 5.1 based MIUI TV. Note that it isn’t Android TV which means it can run other ordinary apps.

Aside from the huge bump in specs, the device is accompanied by a new remote control which will undoubtedly remind you of a Wiimote. Well, it also works similarly to one so that means the accessory is also best for gaming especially titles that showcase a lot of motions and swinging actions like make golf, tennis, or bowling.