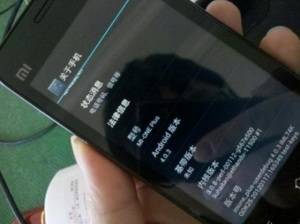 The final version of the ICS update for community-authored ROM MIUI isn’t even out yet, but owners of Xiaomi’s MI-One phone can try a beta release right now. The update was made available on the MIUI forums for one and all, though you’ll need to read Chinese to get the most out of it. There’s still no news on when MIUI’s full Ice Cream Sandwich update will be ready, or  for which phones.

For the uninitiated, MIUI is a family of custom ROMs that update regularly and feature a custom user interface that blends elements of Android, iOS and Web OS. It has the distinction of being the first and only Android ROM to be used for a retail phone, Xiaomi’s custom-built MI-One. In a sense, you can think of the MI-One as a sort of community-sponsored Nexus phone for China. Naturally, the dev team keeps the MI-One phone as a priority in its updates, and the Android 4.0 version is no exception.

Of course there are a few kinks that still need to be worked out. Though the beta is well underway, the ROM still has issues in finding and locking in a network signal. And because the ICS update isn’t yet part of the official MIUI tree, you’ll need to flash the new ROM and all subsequent updates manually, at least until the software goes gold. Remember to always keep a backup, and happy modding.