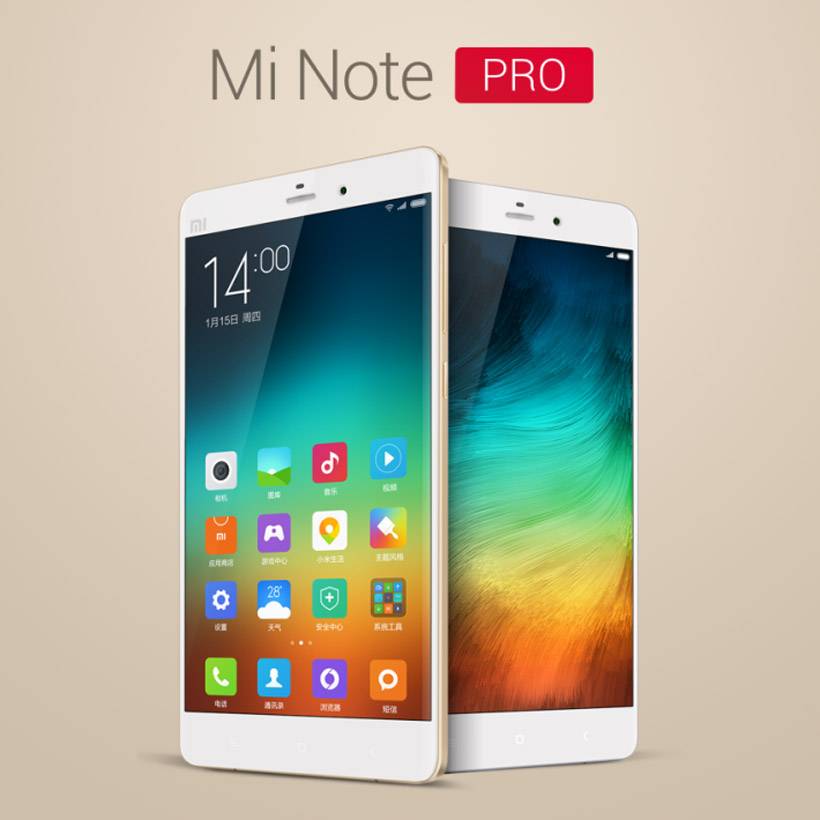 Xiaomi has rolled out its latest flagship device in China and the new device happens to be the most expensive flagship it has ever offered. The device is called the Mi Note Pro and it is a phablet that has a 5.7-inch Quad HD display with 1400:1 contrast ratio.

The screen is also able to cover 95% of the NTSC color gamut. The processor is a Snapdragon 810 that features some sort of new thermal technology to prevent it from overheating during extended gaming sessions.

Other specifications include 4GB of RAM, 64GB of storage, LTE, and power comes from a 3090mAh internal battery that is a sealed unit. The rear camera is a 13MP unit with f/2.0 aperture and a 6-element lens. The front camera is a 4MP UltraPixel unit with 2.0 pixel size.