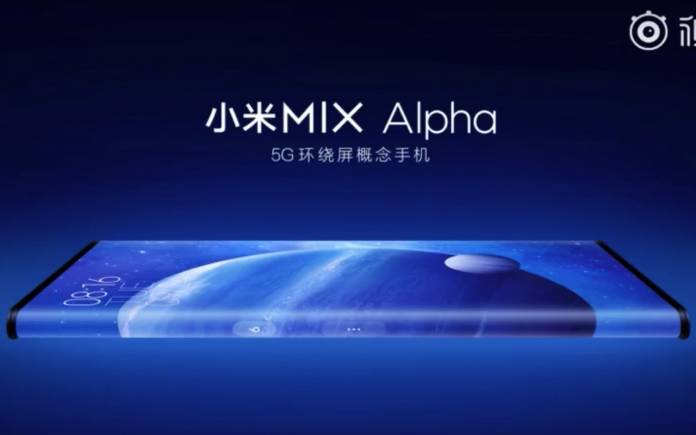 The Xiaomi Mi Mix Alpha was initially thought to be the Mi Mix 4. Xiaomi has decided to change the naming convention. The phone may have a 108 megapixel camera. And true enough, it was officially introduced with 108MP camera, as well as, 5G support. Those two major features alone tell us the smartphone is a premium offering from the Chinese OEM. Xiaomi may no longer be the top phone maker in China but it’s definitely one of the most prolific brands we know.

An unboxing video has appeared on Weibo (reposted on YouTube), showing off the design of the Mi Mix Alpha. We’re impressed with the display that extends to the back. It’s not a foldable phone but the unique design of the device makes it a winner.

Others may say it’s just another novelty smartphone but knowing Xiaomi, this device can become a trendsetter. It’s not a foldable phone that needs a flexible display. The screen used here simply extends to the back. It could be flexible too but it’s really just a curved screen.

The Mi Mix Alpha unboxing video is definitely from Xiaomi. It’s not fan-made or not something created by a leakster but an official one from the company.

The video isn’t in high-res so please bear with us. What we can figure out those is the idea that it is one luxurious phone coming in a black box. We see 3.5mm audio jack dongle, USB-C, and a protective phone case.

The retail box alone tells us the Mi Mix Alpha is premium. It’s more than just the packaging. The curved display makes an impression that is hard to forget.

We’ll see more of the Xiaomi Mi Mix Alpha by December. For now, we’ll content ourselves with the related leaks. Let’s just wait and see because a lot of things can still happen.