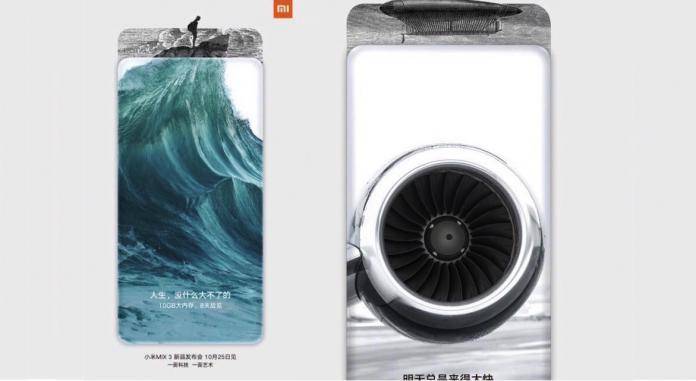 The Xiaomi Mi Mix 3 phone is coming soon. It’s been teased for an upcoming launch on October 25. It follows the Mi Mix 2S which was released earlier this year. The previous model rolled out with a bezel-free screen, AI features, and ARCore tech. It even hit DxOMark early with impressive scores and reviews and soon received ARCore support. More teasers are showing up on Weibo and we can expect more leaks and related information will come out before the public unveiling.

The Mi Mix 3 official teasers include two images and one hands-on video of a smartphone that has a slide-up mechanism. It’s something we’ve mentioned before, proving the next-gen Xiaomi Mi Mix will be “smarter” with an improved AI and probably an AI-dedicated button.

We’re not expecting four, or five cameras–just maybe three at the most. The slide-out panel hides the selfie camera which allows the screen to be almost bezel-less.

Will this be an OPPO Find X killer? Maybe. It can if it will be priced much lower than Oppo’s.

The image teasers tell us the Xiaomi Mi Mix 3 may have 10GB RAM and 5G support so we know it will be another premium Android smartphone offering from the Chinese OEM.