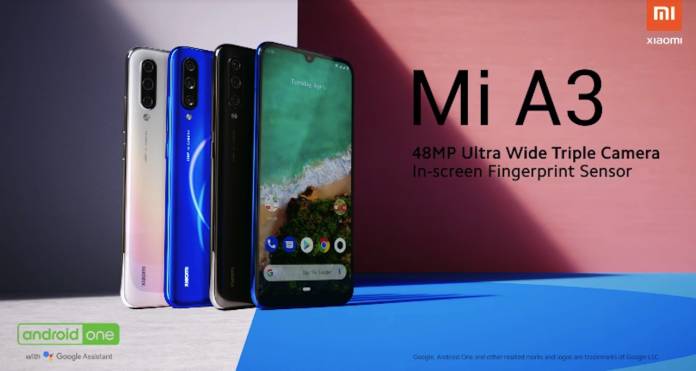 The Xiaomi Mi A3 was only leaked when the week started. It was soon announced officially as a new Android One phone. Colors, specs, and images were made public before launch but we have to make sure it’s the real thing. The new Xiaomi phone is a follow-up to the Xiaomi Mi A2. Like the Mi A2 and the Mi A1, the Mi A3 runs on Android One which means it will be eligible for an Android 9 Pie upgrade.

Xiaomi has published its own teardown video. It’s not from Ifixit or JerryRigEverything. Xiaomi made its own to present to use what’s inside the Mi A3.

This isn’t too complicated. Xiaomi simply identified and listed the specs and components, as well as, how to properly pry open the device. Xiaomi has shown off the Main PCB and the Sub PCB. The camera module shows a 2MP depth camera, 48MP high-resolution camera, and an 8MP ultra-wide-angle camera. The 32MP AI selfie camera is taken out of its place.

Inside, we see the mid-range Qualcomm Snapdragon 665 processor. A 0.915cc Large Speaker Box is spotted while the 4030mAh battery is described to last up to two days. It can also fast-charge, thanks to the 18W Fast Charging USB Type C figure. An in-screen fingerprint sensor is also identified.

Most components are taken out of the back and front panels and then placed together inside again. It’s like putting legos back. Hopefully, this teardown will be enough to stop the curious minds from tearing open another one.