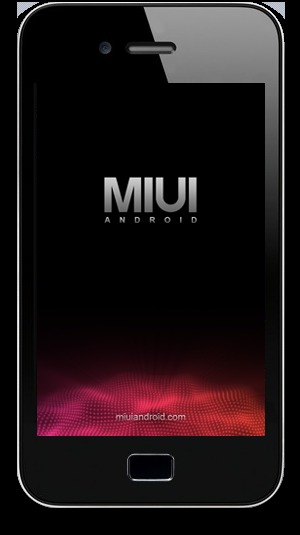 Xiaomi will be introducing a new phone called the M1 in China, for now I’m just going to call this the MIUI Phone. For those that don’t know, MIUI is probably one of if not the biggest custom ROM currently available for Android Phones. With the main competition most likely CyanogenMod. This phone will launch, and come new with a custom MIUI Rom out of the box — and I want one ASAP!

The above photo does look a little similar to an iPhone or a Galaxy S, but that is what first appeared over on MIUIandroid.com but was quickly removed. We aren’t sure if that is the final design but if they plan to ship in August like suggested, most likely that is the final design. I really like the look because it is clean, simple and elegant. And we can’t forget it will be running that blazing fast MIUI stuff.

The news broke today right on MIUI’s website and while they don’t have all the specs listed they have enough to have a lot of people excited. Packing a Qualcomm dual-core 1.2 Ghz CPU (probably the same as the Sensation) 4″ 480×854 Sharp Super-LCD display, most likely it will feature 1GB of RAM and 768MB of ROM but that was not listed yet. I can almost guarantee it will come out of the box already rooted, and probably include an overclocking kernel to get that 1.2 Ghz dual-core chip moving even faster.

The device will begin shipping around mid August or early September 2011 so we should be seeing and hearing more very, very soon. This is a first in the world of Android, having a phone launch with a custom designed ROM like MIUI is a huge step that I’ve been hoping would come for a long time. I’ve been occasionally commenting or tweeting about a CyanogenMod Phone for over a year now. I want a HTC Nexus CM1 but that is a wild and crazy dream that will never see the light of day. I’ve seen some of the team at CyanogenMod make comments like this before and I have a feeling with this MIUI announcement the CM team wont be far behind. Things are about to get super interesting.