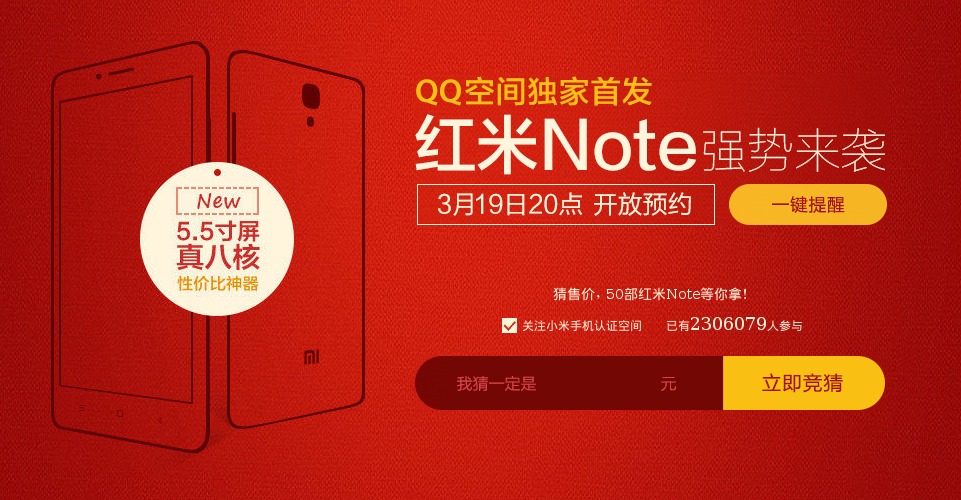 Sounds like Xiaomi is getting ready for a new batch of devices. But even before its rumored tablet and Hongmi successor goes out, we might get to see the oddly named Hongmi, or Redmi, Note first.

The specs we are being told about the Hongmi Redmi scream mid-range phone. There are actually two configurations available. One sports an octa-core MediaTek MT6592 running at 1.7 GHz, 2 GB of RAM, and 16 GB of storage. The other runs on a slower 1.4 GHz octa-core MT6592M, has only 1 GB of RAM and 8 GB of internal memory. Both sport a 5.5-inch display with only a 720p resolution. A 13 megapixel rear camera and a 5 megapixel at the front just about rounds up the specs.

What we still don’t know is what the point of this device will be. If the name is any indicator, then the phablet should come with a stylus, pretty much like the Samsung Galaxy Note 3 or the NVIDIA Tegra Note 7. However, there seems to be no indication yet whether this is true for Xiaomi’s smartphone as well. The price point is a bit strange as well, 999 CNY or $162 for the slower model and 1,199 CNY, roughly $195, for the faster variant, a bit beyond your usual mid-tier price range. 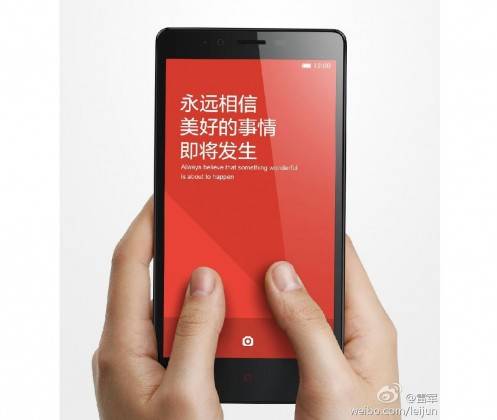 At the moment, Chinese social networking website Q-Zone has dibs on pre-orders, which start around March 19. Hopefully we will be able to get more information about this mysterious device by then, like whether it will be marketed outside of Xiaomi’s comfort zone under the Redmi name.