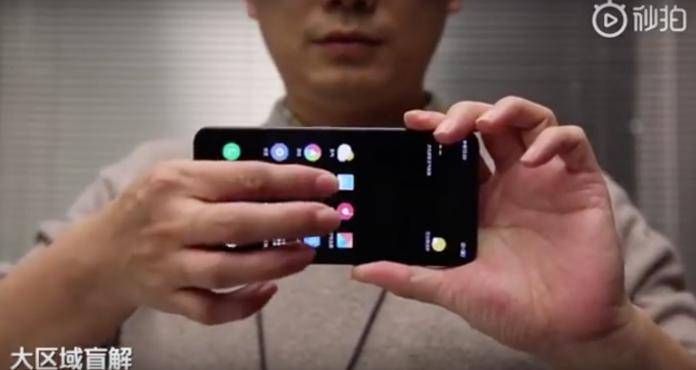 When the president and co-founder of a company himself starts posting the demo videos of their new technology, then it must mean they’re really pretty excited about it. Xiaomi’s Lin Bin posted a video on Chinese social site Weibo, showing off their next generation under display fingerprint scanner. Granted what he’s showing off is just a smartphone prototype but this shows that there are better things coming when it comes to biometric technology, at least as far as the Chinese OEM is concerned.

Xiaomi isn’t necessarily known for its ground-breaking technology and innovation but they’re trying to catch up with their competitors. This new fingerprint scanner allows you to unlock your phone by placing your finger practically anywhere on your device’s screen. Of course you’ll need to set up that particular finger but it only takes one touch to add your fingerprint to your phone’s system.

Your unlocking area on the phone is around 50 x 25 mm, which is more than 5 times the normal under display area. It is also 15 times bigger than the current scanner that is found on the back of most Xiaomi devices. Based on what was shown in the video, it seems to work pretty fast and is also reliable enough that there were no errors. You can even unlock it when you’re not looking at the display screen itself.

The test phone looked like the front of the Xiaomi Mi 8. But Bin said that they are considering putting it in later devices if people react well to it. Given that there is a clamor for more real estate on their phone screens now, we think people would want to have this kind of UD fingerprint scanner.