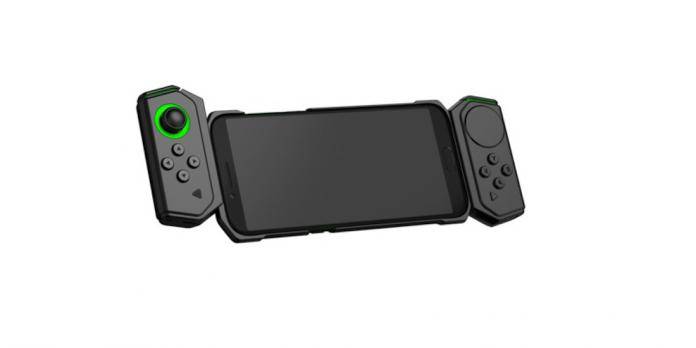 Xiaomi has the Black Shark line to compete in the gaming phone category. The original version of the gaming device is rolling out in Europe. We learned about the Black Shark 2 only months after the first-gen was revealed. The Black Shark 2 isn’t out in the market yet but we’re excited to finally get a hold of it. For now, we’ll be content with the first phone until the official market release of the 2nd-gen phone offering.

To make gameplay more fun on the Black Shark phone, Xiaomi is announcing this Black Shark Gamepad 2.0. It’s obviously a gaming controller that lets you take control of whatever game you’re playing.

Pro gamers will like that it is lightweight, compact, and portable. Bring it with you anywhere. Any avid gamer geek will be impressed with the immersive display it allows plus the unmatched control it offers.

The accessory connects via Bluetooth 4.2 so play is wireless. It quickly connects to a partner device so you’re always ready to play. For those not used to touch controls, the Black Shark Gamepad 2.0 is an efficient joystick.

The Black Sharking Gamepad 2.0 will probably bring you back to your early days of gaming. We won’t ask if it’s ATARI, NES, Family Computer, Sony Playstation, or the new Nintendo Switch. It doesn’t matter. We just think this new gamepad will make mobile gaming more exciting.