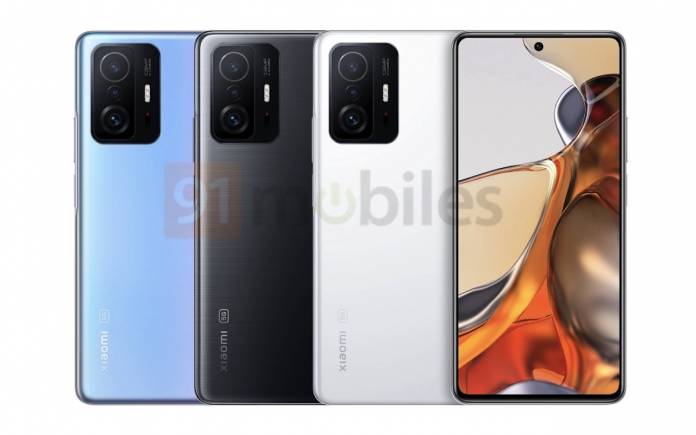 Xiaomi has yet to reveal its latest premium flagship smartphone. It is said the Chinese OEM is dropping the Mi branding so the next device could be called the Xiaomi 11T. Product launch is happening soon. The phone will follow the Xiaomi MIX 4 that was recently announced. A new batch of renders has surfaced online, showing color options and the new camera module. The Xiaomi 11 series will also include the Xiaomi 11 Lite 5G. The product launch is set to happen on September 15.

The Xiaomi 11T series will include the regular Xiaomi 11T and the Xiaomi 11T Pro. They look very much alike based on the renders. The difference will definitely be on the specs and features. Color options of both phones will be Moonlight White, Meteorite Gray, and Celestial Blue.

Renders of the Xiaomi 11T series were sighted on a European retailer which could mean they are legit and official. The selfie camera is at the center under a punch-hole cutout. On the rear, you will see a square camera module. We see a small sensor and two bigger sensors plus an LED flash. Very obvious is the 108MP AI Camera branding for both models.

They will offer 5G connectivity as shown off by the Xiaomi 5G on the left part, bottom. On the right edge, there is the power button and volume rocker. Other specs may include 8GB RAM and 128GB or 256GB storage.