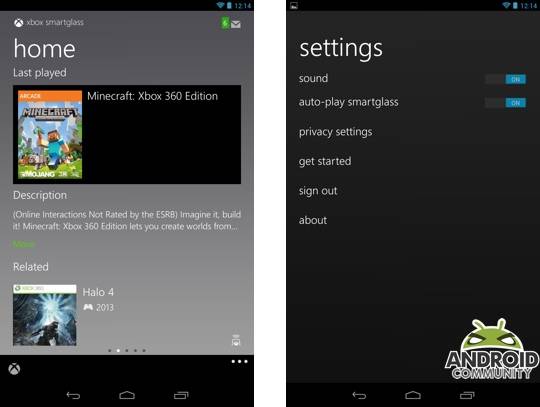 The Xbox SmartGlass app has arrived in the Amazon Appstore as version 1.5, which looks to be the same version as can be found in the Google Play Store. Coincidentally, the Google Play Store version was updated last week. That update added support for Android tablets that are 7-inches and larger as well as some unspecified design and usability improvements

Assuming you have an Xbox and one of the later generation Kindle Fire models — now seems like as good a time as any to download the app and begin enjoying your second-screen experience. The app will allow you to manage your Xbox profile, switch up your avatar, message your Xbox friends and also keep track of your achievements.

Otherwise, the Xbox SmartGlass app also brings the ability to browse the web on your Xbox 360 with a full keyboard and zooming as well as the ability to control (play, pause, ect.) your music videos and search the full Xbox catalog of music, videos and games and more. The Xbox SmartGlass app can be downloaded from the Amazon Appstore using this link.