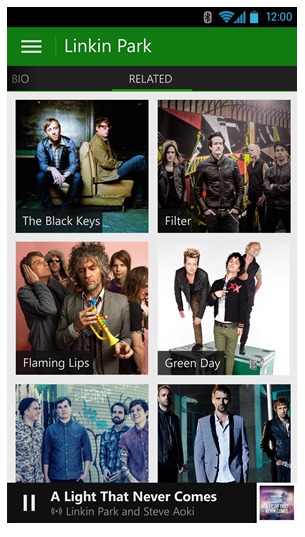 It seems that Microsoft is getting ready to take on the streaming music giants like Spotify and Pandora by releasing an Xbox Music app for Android and iOS. And like the aforementioned services, Microsoft will eventually be charging a fee on mobile platforms for its otherwise free streaming service.

The Xbox brand has grown from being merely a gaming name to one that encompasses Microsoft’s entertainment endeavors. The company is taking one step further by making its music streaming service available to other platforms such as Android, iOS, and the web.

Xbox Music offers free streaming to members, but unfortunately that has been limited, naturally, to Microsoft platforms. That is changing a bit today with the introduction of an Xbox Music app for Android. Unfortunately, Android users won’t exactly be enjoying all of the perks, being given only six months of free streaming and limited hours after that. Those who want to continue with unrestricted streaming will have to sign up for a paid subscription.

Nevertheless, Microsoft has plans for its non-Windows mobile apps in the coming months, including adding an offline mode as well as artist-based radio. The Xbox Music Android app hasn’t yet appeared on Google Play Store and Microsoft has not mentioned when and where it will be available for download.