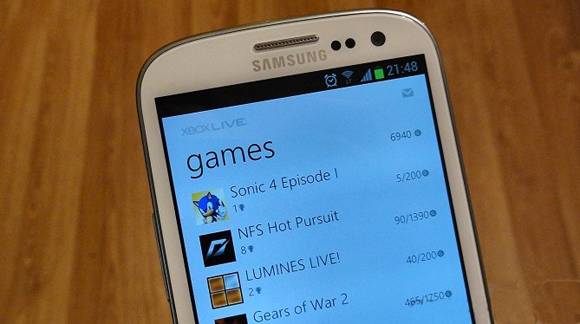 A new report this morning suggests Microsoft is readying their Xbox Live platform for Android and iOS to also encompass mobile gaming. Microsoft recently posted a Software Engineer job listing, noting the new position will help build an “extensible and scalable” cross-platform offering. The service is believed to act much like Google or Apple’s current social gaming initiatives.

It seems the goal here s to make Xbox Live a touch more social, and offer better discoverability across mobile platforms. This doesn’t mean you’ll get to play Xbox games on your handheld, though; instead, it’s believed to be meant as a tool for social gaming. Find friends, challenge others, even discover online multiplayer games.

While that’s currently offered from both Google and Apple, those services lack one key feature an updated “Xbox Live for Mobile” would pick up on. With a third party involved, true cross-platform functionality would likely exist. The social aspect of Asphalt 8 on your iPad would be the same as your Nexus 5. Currently, both game platforms are propriety to their brand.

It’s believed Microsoft wants to bring Developers back into their fold, too. The simpliciy of an API for games to be on a social Xbox platform would be easy enough for Developers, and a change from Microsoft’s current rigorous certification process. Of course, asking that mobile Developers bring their iOs and Android games to Xbox also has the added benefit of bringing in new Developers while winning others back. We like the idea of Xbox Live becoming more social, we’re just not sure we want any console tie-ins, which is likely one of the bigger pushes with such a move.