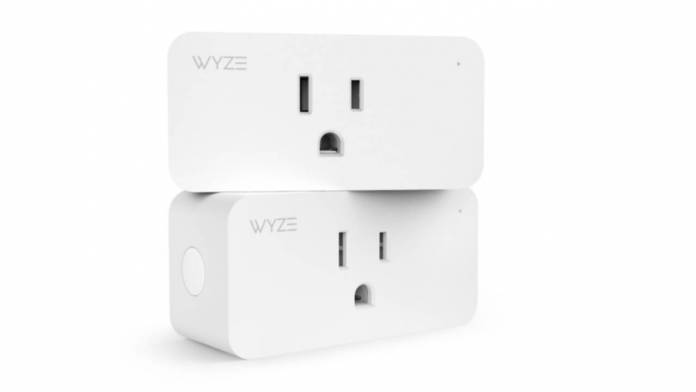 If you have existing devices in your house that aren’t really that smart or at least connected, the next best thing you can do (apart from buying new devices) is to use a smart plug. Wyze has now joined this party with the new Wyze Plug, a $15 device that can connect the device plugged into it to your smart assistant like Google Assistant and Alexa. This is part of the company’s expansion of its smart home portfolio with the recently released Wyze Bulb and Wyze Sense kit.

How it works is pretty simple. You plug in the Wyze Plug to your outlet and then plug in the device, whether it’s a lamp, a space heater, or even a television. It can support up to 15A which is better than most smart plugs out there so you can plug in devices aside from just lights. Once you’ve connected it to your local wireless network, you will now be able to use Google Assistant or Alexa to control the connected devices. You can turn it on and off without having to leave your seat.

The Wyze Plug can also be controlled from their native mobile app. You can set up a Vacation Mode so that it simulates that someone is in the house to dissuade robbers. You can also set up schedules when the plug will be turned on and off at specific times which is convenient if you’re away from your house or if you want people to start their regular bedtime by turning off the lights.

The Wyze Plug will be available starting September and will only cost you $14.99 per two-pack. You’ll probably want to get more than just two though so the price point is good news.