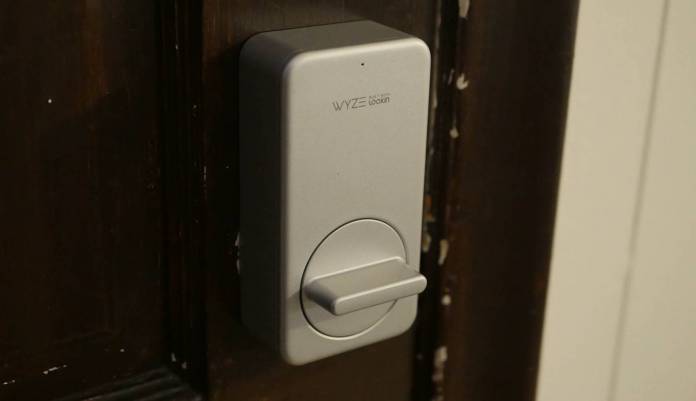 Wyze has built a name for itself for affordable smart home devices which includes security cameras, robot vacuums, and just a year ago, the Wyze Lock. It got pretty good reviews especially when it comes to its price point, but one thing missing at launch was support for Google Home and Google Assistant. But now an update to the Wyze app, which is where all your smart devices can be set up and controlled, is bringing support to those two important things so you can control the lock with voice commands.

When Wyze Lock was initially released, there were a few glitches but users generally liked it as it was an affordable alternative to the smart locks currently in the market. But one thing missing was the ability to lock and unlock your door because there was no integration with Google Home and no support for Google Assistant. Most other smart locks have that as they knew users would want ease of use with voice commands.

Android Police shares that in the patch notes of the Wyze app update, you’ll see support for Google Home for Wyze Lock. This means you’ll be able to link it to Google Home and so you can enjoy all the benefits of integration into the smart home platform. If all your smart home devices are in Google Home anyway, then this means you’ll just be using a single app management system. And of course, you’ll get the convenience of using Google Assistant to lock and unlock the device.

One thing you need to do though is to go into your app’s settings menu and add a PIN or set a new PIN. In the experience of one user, while syncing the two services is easy enough, Assistant couldn’t detect the first digit of his PIN several times. So setting a new PIN for the lock was the way that he was able to get the integration and Assistant working fine. Still, this is good news for Wyze Lock users as other Wyze devices have been integrated with Home with no issues.

Aside from support for Home and Assistant, the Wyze update also has some minor improvements for other Wyze devices including vacation mode for Bulb Color, low battery indicator for Sense v2, and app sorting for Wyze watch. So if you use any Wyze device, better get the latest update.