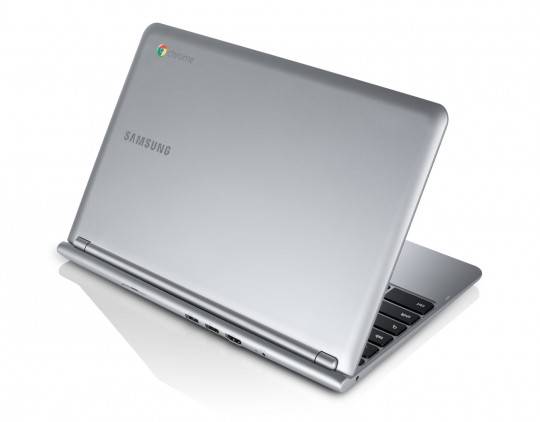 Google is said to be working on a touchscreen version of the Chromebook. Some of the finer points such as possible manufacturers remain a mystery, however according to a recent Wall Street Journal report, Google “has developed the first touchscreen laptops” powered by Chrome. Judging from the wording in that statement, it would appear as if these are already being tested.

Further details coming from this report note that these touchscreen Chromebooks are expected to be available later in the year. Nothing specific in terms of when, and again, so far no manufacturers have been revealed. Samsung and Acer are currently selling Chromebooks by way of the Google Play Store.

While the details are at a minimum, this does bring a potentially nice tie-in with a previous rumor about a Tegra 4 powered Chromebook. If you remember, details about this surfaced earlier in the month. Looking back, it was said that Google was working on a Tegra 4 powered Chromebook that had some integration with Andorid. We certainly do not want to mix up the reports and rumors, but how about that model with a full touchscreen display — sounds like something that may be interesting.

Of course, while we may think interesting, the whole Chromebook concept has yet to really catch on with the masses. Or for that matter, the Chromebook has yet to really even be fully adopted by the geek community. Anyway, this latest Wall Street Journal report was by way of the unnamed “people familiar with the matter” and as you would expect — it was said that a Google spokeswoman declined to comment. With that, the Chromebook related rumors seem to be heating up. Maybe we will see something announced at Google I/O.