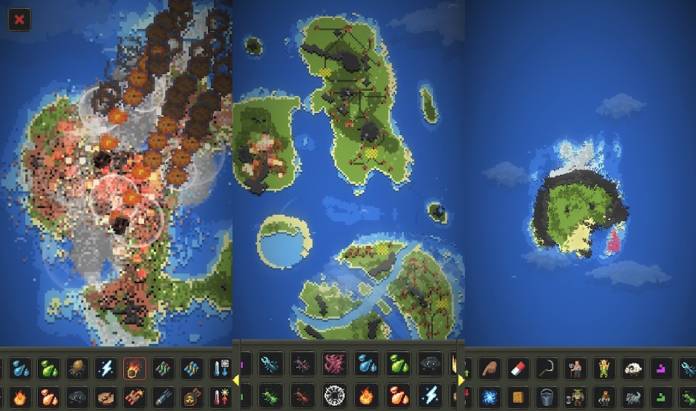 If you haven’t tried playing WorldBox, you may want to try it before it’s too late. Well, we’re not really sure what is going to happen but there are issues surrounding it. WorldBox is a Sandbox God Simulator game developed by Maxim. This indie game developer has been making a lot of games for years. He only self-publishes them. He earns from his games and his passion has become his livelihood. He just shared his story on Reddit how his game, the one he worked on for eight years, has been stolen from him.

Maxim knows he isn’t the only one. His story is not unique but we find this one is interesting. He only got to know about the copy when he released the game’s latest update. After the release, he received a message: “Somebody copied the game – it looks just like yours”.

The copy is called “worldbox in the app id”. That already hurt but then the thief filed a trademark for “WorldBox”. What’s worse, Maxim wasn’t able to file for a trademark yet even after millions of downloads.

He then continued his story and shared how the theft happened. To make the long story short, he attended DevGamm in November 2019 to present WorldBox. He’s been working on the game for about 8 years. There he met someone interested in buying his game. He declined.

After sometime, he learned someone filed for the WorldBox trademark. He did some digging and discovered who–the same guy who made him an offer. He did more investigation and discovered his game was not the only one.

It appears the group behind the trademark and copycat have been making money off this scheme. There has been a pattern and now he’s exposing it. A number of game developers have been taken advantage of already. Maxim Karpenko is now sharing the abuse.

Maxim has started working with his lawyers. He simply wants to protect WorldBox, warn other indie developers, and highlight app store abuse. His story on Reddit may be long but we recommend you read it especially if you are a developer. You will learn a thing or two from this developer.