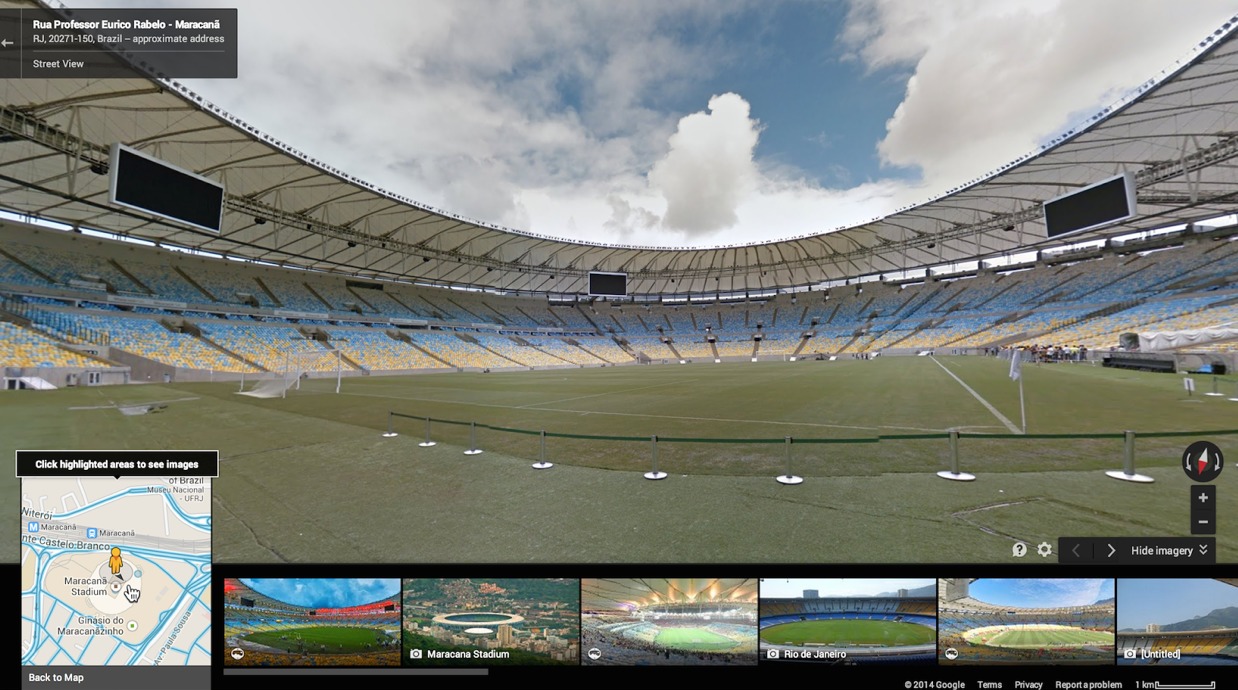 World Cup is a time when football fans from around the world end up sneaking in as many games as humanly possible while cursing things like work. Held this year in Brazil, the World Cup aims to set the stage in one of the more storied football countries on earth. If you wan to check out the new stadiums built for the event, Google Maps is ready to let you!

The Google team set out on foot with their massive Google Maps backpacks strapped to them, traipsing around each of the 12 stadiums. While what we see via Maps isn’t quite the field ready for kickoff, but it’s an unprecedented look at the stadiums we wouldn’t ordinarily get from TV Coverage.

In addition to the 12 stadiums, Google has added several new views around Sao Paulo. From the painted streets — a World Cup tradition in Brazil — to Iguaçu National Park and St. Michael of the Missions, Maps has all you need. You might not even remember you’re sitting on the couch or sneaking some football in at work!

If you’re lucky enough to be headed down for the World Cup, Google has made sure to have transit and turn-by-turn navigation available for all 12 host cities. Of course, each World Cup stadium has indoor Maps available, but Maps can also guide you through airports and other destinations — more than 100 total.