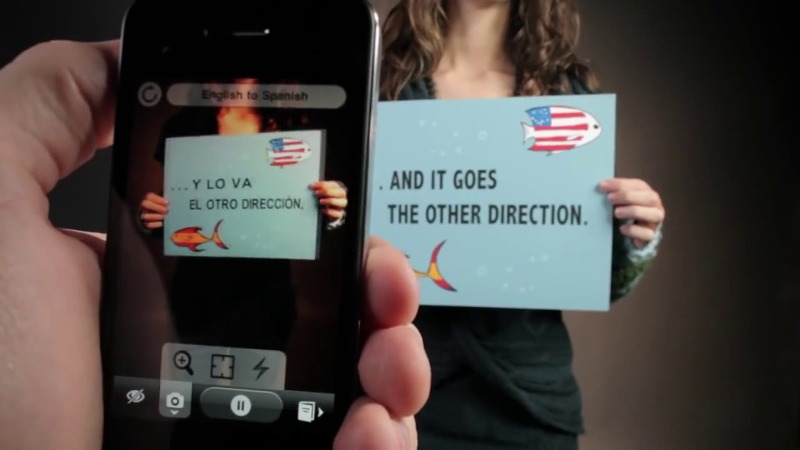 One of Google Glass‘ more prominent apps is now officially part of the Google family. And in its first official action as owner and curator of developer Quest Visual, Google has made Word Lens available to all free of charge.

The way that Word Lens works is almost simplicity itself. Just point your smartphone’s camera, or your Google Glass if you have one, at some printed text in another language and it will give a translation, not in a separate page or window but right there in the view itself, overlapping and replacing the original text. Definitely a lot more convenient than having to flip between screens or text boxes. And to some extent also better than Google Translate’s own optical character recognition implementation.

In the spirit of improving its own products by acquiring others, Google has bought Word Lens developer Quest Visual. Unlike some other search company that outrightly kills most products that it buys, this acquisition will hopefully see a merging of Translate and Word Lens features. This could potentially be exciting to Glass owners as Word Lens is one of the most helpful apps for trekkers.

Surprisingly, Google had another surprise in store for fans. It has now released the app and its languages all for free, no payment necessary. Unfortunately, the actual number of supported languages is actually quite low, including only the ability to translate from English to Russian, Spanish, German, French, Italian, and Portuguese, and of course from those languages to English. The app also works best on images with text laid out on a flat surface. Hopefully now that it will be under Google’s gaze, it will be able to expand into more languages too.