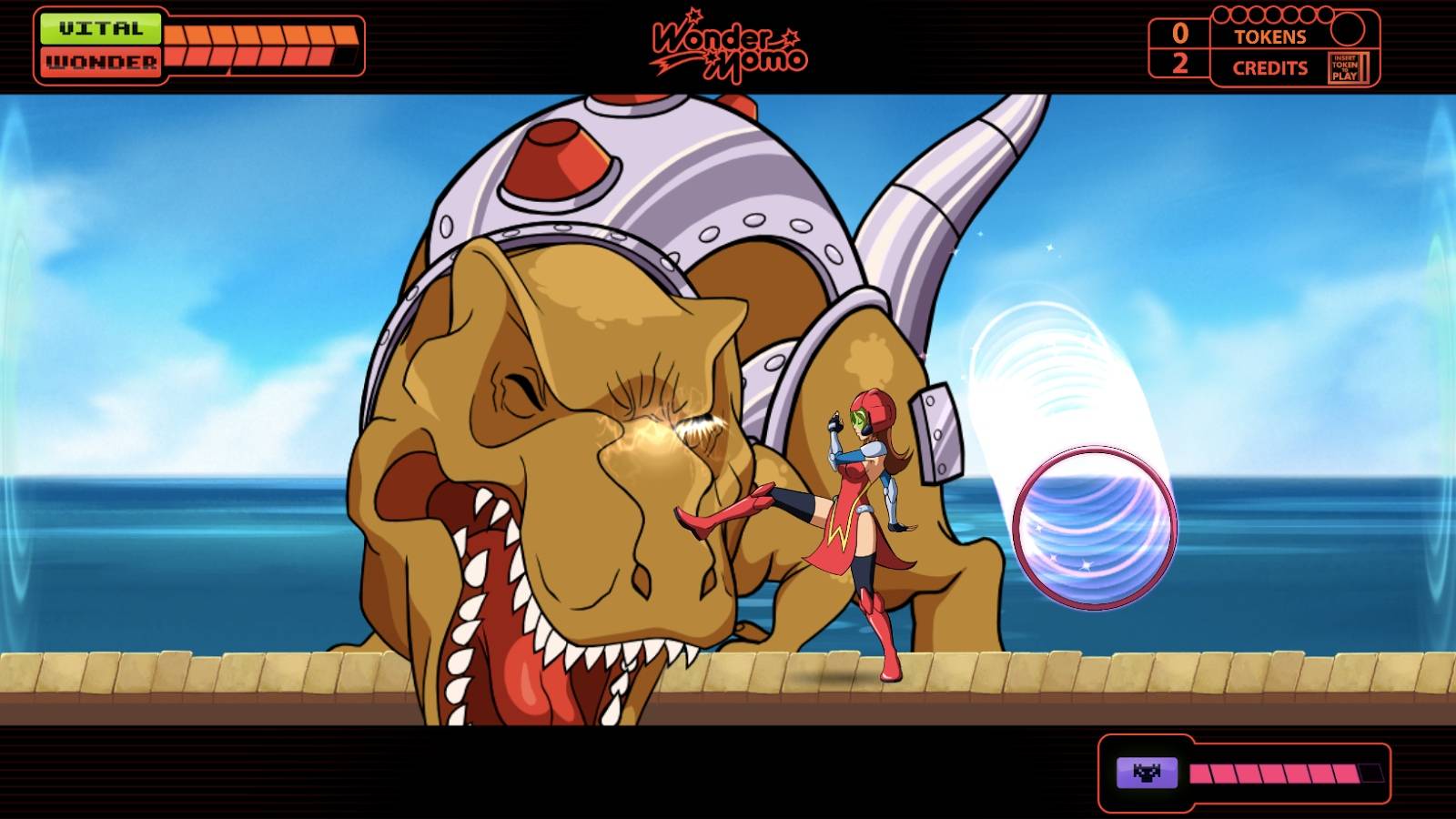 NAMCO BANDAI has released their latest Android game, Wonder Momo: Typhoon Booster. The game is available by way of the Google Play Store and TegraZone, but perhaps more important here — is the device compatibility. For now this release is for those using an NVIDIA SHIELD or Mad Catz MOJO.

There was mention of support for additional Tegra 4 devices in the future, however a specific timeline has yet to be revealed. There is also a PC version coming, but similar to what we just saw in regards to other Tegra 4 devices — no firm date has been set. While Android users are first up with this game release, it seems they are also getting something special.

“The Android version of the game features a special enhanced transformation sequence that won’t be seen on the later PC version, as well as access to 26 Wonder Momo comic strips that tell her origin story.”

Stepping back though, Wonder Momo: Typhoon Booster is described as being an “80s-style brawler packed with high definition sprites and schoolgirl fighting action.” The game will have you following along with Momoko, who is a schoolgirl turned powersuit hero. You’ll need to fight in order to save the world from the evil forces of Waru.

“Your journey starts in Akihabara – the otaku capital of the world – as the Waru invade and Momoko must defend those she loves. Battle across Tokyo – and the universe – as you vanquish enemy after enemy in increasingly difficult combat situations. Transform into the powerful Wonder Momo when you’ve collected enough energy and use the Wonder Hoop to create chain combos to collect valuable tokens used for continues and the Wonder Catcher mini-game.”

As for those tokens, those can only be earned in-game. Details for the game made it clear there will be “no tricks to sell you more.” Simply put, this isn’t a game where you are going to be trying to avoid the in-app purchases. But on the other hand — the game isn’t free. Or for that matter, inexpensive (compared to other Android games).

Wonder Momo: Typhoon Booster is selling for $14.99 and available from the Google Play Store and the TegraZone.