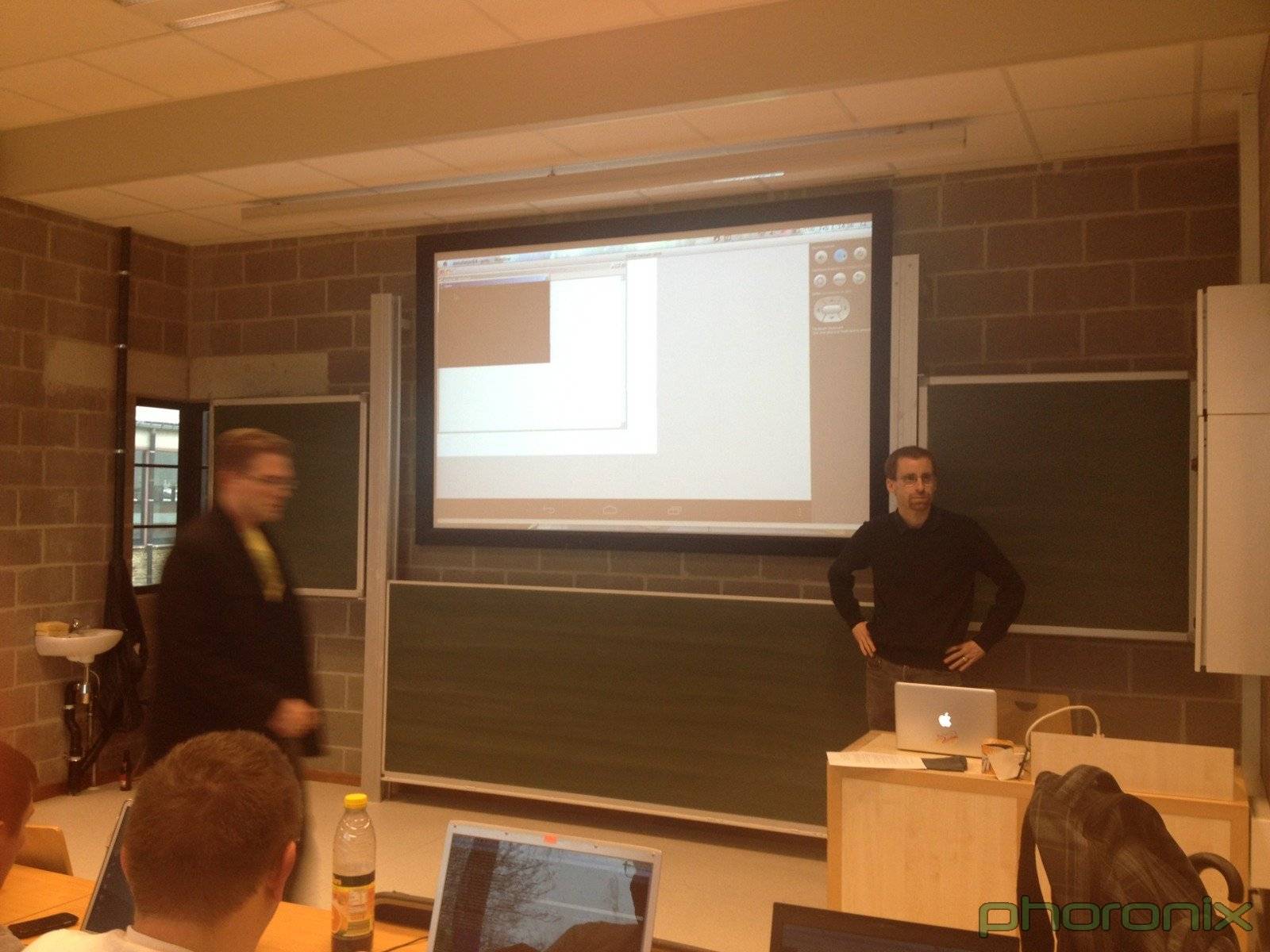 Linux and Unix users might be pleased to know that work on an Android port of Wine has started. Those who were attending the Free and Open Source Software Developers European Meeting (FOSDEM) in Brussels had the opportunity to see Wine on Android in action, despite the fact that the port is still in the very early stages of development. How early are we talking? To give you an idea, today we were shown Wine running on an emulated version of Android.

It goes without saying at this point that the demo ran very, very slow, so don’t expect to see Wine getting an official release on Android for quite some time. Still, seeing Wine on ARM is something that’s bound to get open source fans excited. The developers got a Windows program running before the end of the demo, so we’re seeing some promising things at this early stage.

For the uninitiated, Wine is a software project that aims to run Windows programs natively on non-Windows platforms, specifically Linux. What we’re seeing here is a new step in the Wine legacy for developer Alexandre Julliard, who conducted the demo earlier today. Keep in mind that Julliard works on Wine at CodeWeavers, so this may just be a lower priority project until CodeWeavers can be swayed to put more resources into getting Wine up and running on Android.

That convincing could come with increased adoption of Intel x86 processors for Android tablets. As Phoronix points out, CodeWeavers would have a lot of commercial opportunities in porting Wine to Android should devices with x86 processors grow in popularity. We’ll just have to wait and see where this project goes in the future, but it certainly is exciting to hear that a version of Wine for Android is being worked on. Stay tuned.