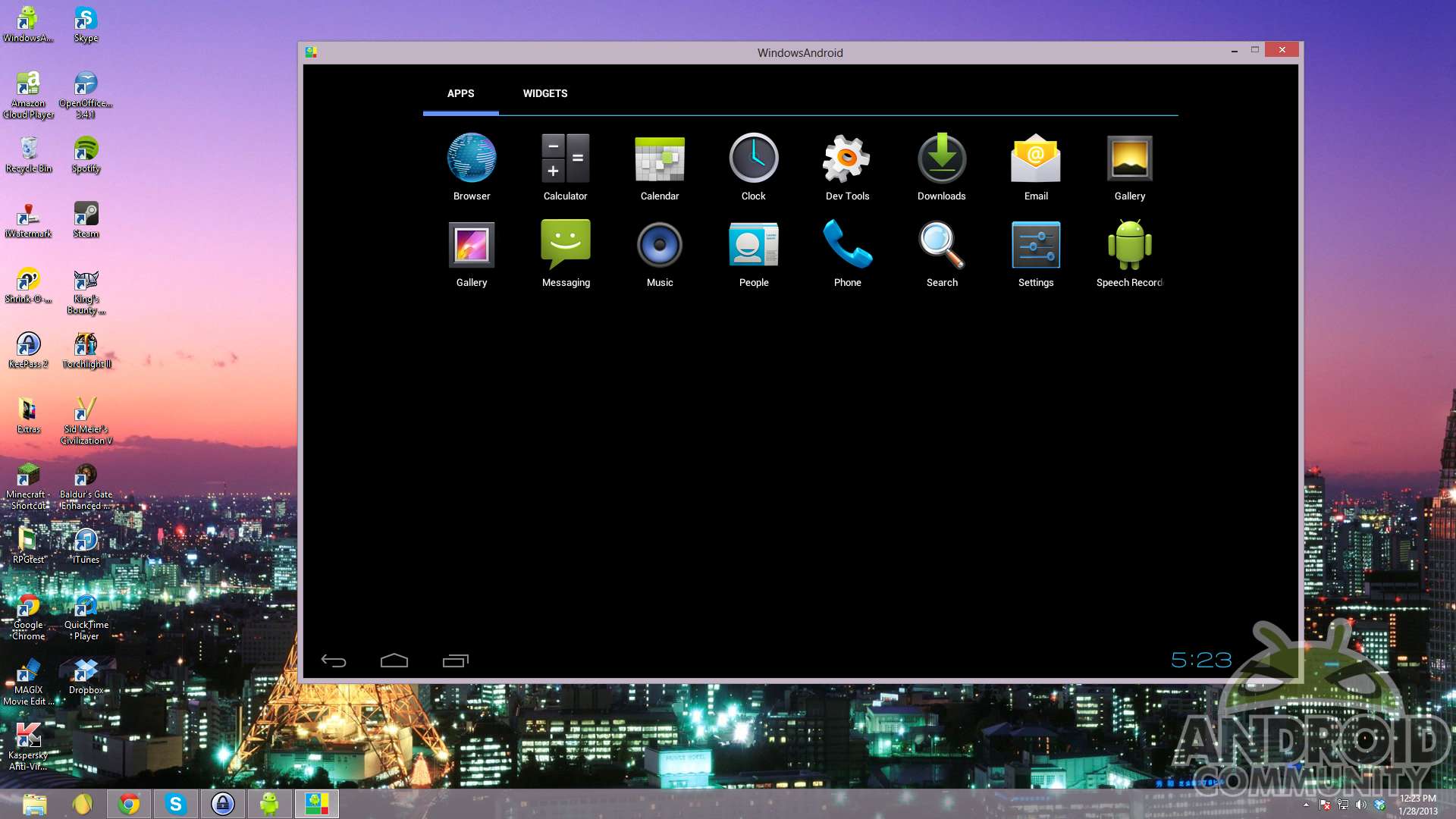 If you’ve encountered an Android app you wanted to have on your PC, then we’ve got some encouraging news for you. The folks over at Socketeq have released a piece of software they’re appropriately calling WindowsAndroid. The biggest draw of WindowsAndroid is that it runs Android natively on your Windows machine, meaning that there’s no need for emulation.

This, in turn, means a number of happy things, most importantly faster speeds. The reason there’s no emulation needed is because WindowsAndroid runs on the Windows kernel, instead of the Linux kernel. You’ll be working with Android 4.0.3 with this version of WindowsAndroid, so don’t expect to be rocking Jelly Bean on your machine just yet.

At this point, WindowsAndroid should play nicely with Windows Vista, Windows 7, and Windows 8, so if you’re using any of those versions, there’s a pretty good chance you can start running Android on your machine. You’ll have support for a mouse and keyboard with WindowsAndroid, so no worries there, while those of you with a new touchscreen Windows 8 computer should find that touch controls work as well. Obviously, since this is an early release, don’t be surprised if you encounter a few bugs and crashes as you’re using it. 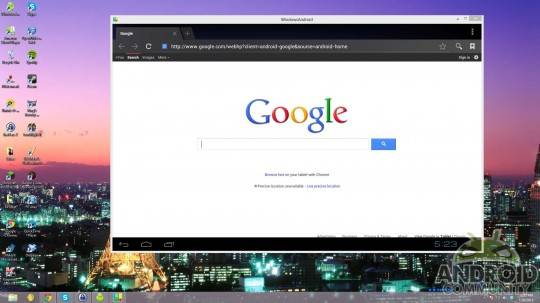 Normally, you’d be able to download WindowsAndroid from Socketeq’s website, but at the moment, the site is understandably experiencing some heavy loads. Socketeq has posted a number of mirror links in a Reddit thread about WindowsAndroid, so checking those certainly isn’t a bad idea. You’ll also want to snag a copy of Gapps if you want to play around with Google‘s Android apps. As always, download and install this at your own risk, and Android Community can’t be held responsible if something goes haywire with your computer. Are you going to give WindowsAndroid a spin?