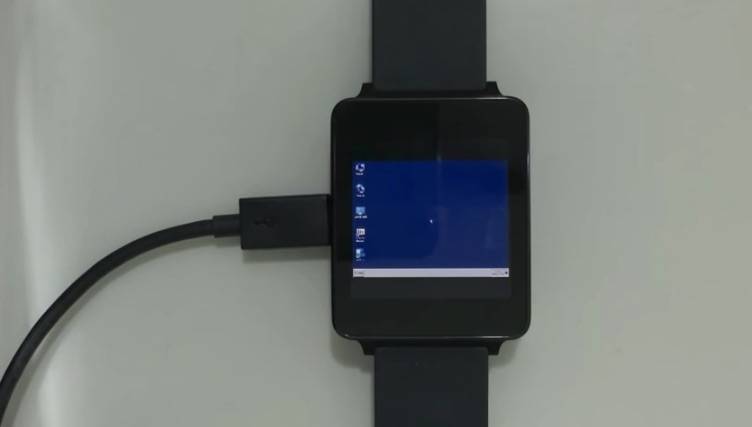 Ever wondered when Microsoft will finally launch a smartwatch or at least just a wearable platform? We never really bothered asking because Windows Phone is not exactly widely popular. It has only captured a small percent of the mobile market and we know it will never beat Android. When it comes to desktop OS, Microsoft has an edge. We don’t have the numbers but there are a lot of Windows computers all over the world. Some genius hacker thought of porting Windows 7 on an Android Wear smartwatch. The result? Successful!

Well, not quite. Windows 7 was able to run on a smartwatch but only after a long bootup time. By long we don’t mean a minute or two, or five minutes but three hours. Yes, 3 hours! We salute Hacking Jules for being able to wait that long because if we were doing the hack, we’d think it’s impossible already. The hacker did wait and we have no idea what went to his mind to wait.

So how did Windows 7 run on this Android Wear smartwatch? All you need is Android Wear device with ADB enabled, computer with ADB drivers of your device, adb.zip folder, know-how in DOS and ADB commands. Do the following steps:

1. Unzip adb.zip and past the folder to the root of your hard drive.
2. Launch cmd with the start menu and type: cd.. then press enter, cd.. (enter), cd adb (enter)
3. Type: adb install Bochs2_5_1.apk (enter)
adb push SDL/sdcard/SDL (enter)
(Wait about 5 minutes)
4. Launch Bochs app on your smartwatch and enjoy.

The hacker recommends that you disable sleep in ‘Developer Options’ and use ‘Set Orientation’ app to lock the screen orientation. Watch the tutorial on how to install Windows 7 on Android Wear: