While it’s more often than not more convenient to take phone calls on your mobile device, there are also times when you wish you could answer from your PC. Windows has been rumored to bring that kind of feature to Windows 10 and based on the latest 19H1 build, the call mirroring feature might come sooner than later. There are also strings that indicate they are working on a dual-screen device which may be the rumored Microsoft Andromeda mobile device.

The 19H1 builds indicate a deep integration with the operating system in what is being dubbed, at least internally, as the “Windows.CallingShellApp”. The function is basically to transfer the calls that you receive on your phone to your Windows 10-based computer. It will just mirror the phone call onto your PC screen but you will also have access to native commands like dismiss the call, put it on hold, access the dial pad, etc.

There are also some strings in the build that indicate that they might actually be working on a dual-screen device. There are sentences like “Fold the device over to return the call” which may very well be talking about an upcoming device that will have a foldable dual-screen device. This may be similar to what Samsung is working on with its Infinity Flex Display or may be something totally different. 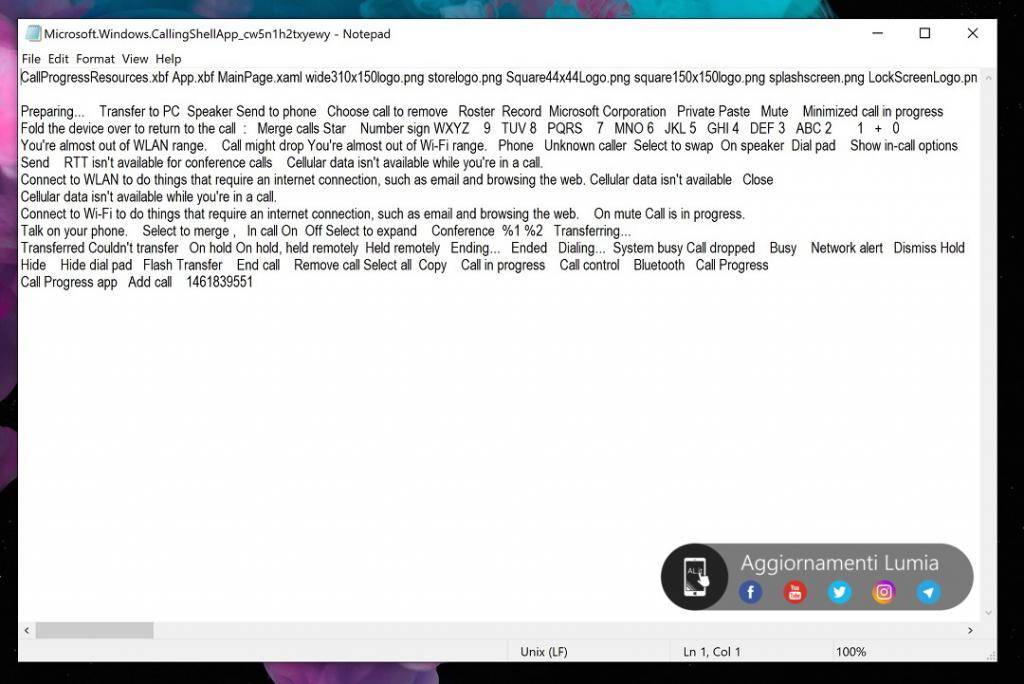 Of course, all of these are just rumors and speculation so we will pay close attention to what Microsoft will be doing over the next few months.