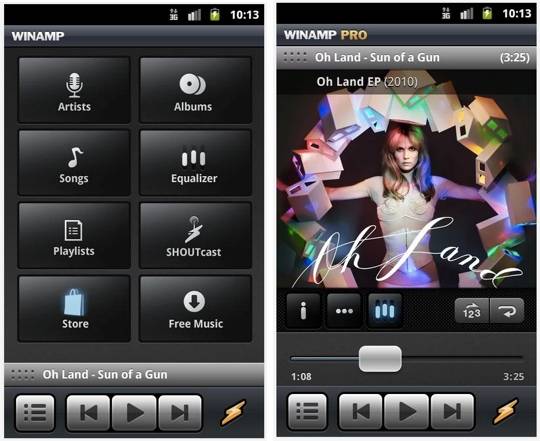 Winamp will be shutting down next month. This news comes following 15 years of being available and has arrived as little more than a mention on the Winamp download site. There was no specifics given as to the reason for the shut down, however speculation suggests lack of popularity at this point.

The folks behind the Winamp app, Nullsoft were acquired by AOL in 1999 and while there are Mac and Android apps available for download — things never seemed as good as the early days when Winamp was highly customizable and available only for Windows. Before we get all nostalgic here, we can look towards the brief statement from Winamp.

With that having been said, now appears like a good time for the trip down memory lane. Looking towards Wikipedia and we learn that Winamp was created in 1997 by Justin Frankel and Dmitry Boldrev. The early days of Winamp had it available as freeware/shareware and with support for a variety of file types and customizable with plugins and skins.

Winamp was integrated with SHOUTcast for streaming radio and also once found use as a podcatcher. All that aside, Winamp appears to have reached the height of success in 2005 when the user base grew to more than 52 million. But while the software will only be going away for good in December 2013, it seems the writing on the wall may have began 10 years earlier, in 2003. That was when Winamp saw a near-simultaneous departure of both Justin Frankel and the original development team. As a result, Winamp (Nullsoft) became a division of AOL Music.