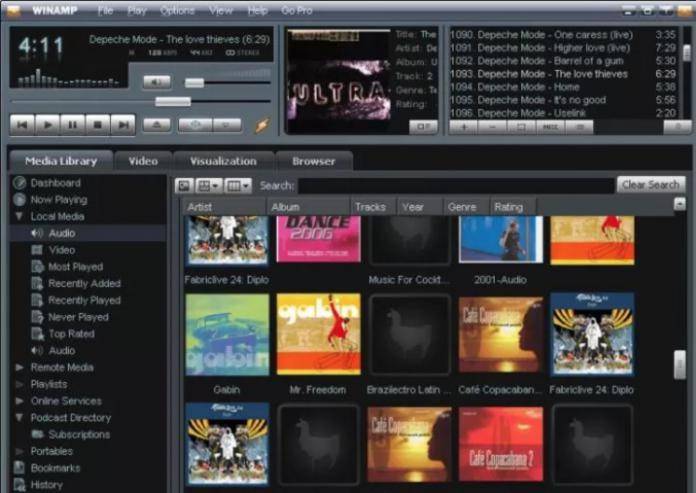 For those who lived in an era when your mp3s weren’t in a cloud and were actually stored in your computer’s hard drive, Winamp was a staple program to have as it was a robust and highly customizable music player. There are still apparently a lot of users to this day but the “new” owners of the music player thinks it’s about time it joined the mobile age. Radionomy is planning to put out an updated version of it, which includes an all-in-one mobile music player.

The freeware media player has undergone quite a tumultuous history these past few years. It was acquired by AOL back in 2002 but nothing really significant happened to it in that era. They were eventually sold to the current owners, Radionomy, back in 2014. But since 2013, there hasn’t been any significant changes within the program. So news that they are going for a sort of “revival” is very much welcomed by the community, especially those hoping for a mobile version.

According to the CEO of Radionomy, Alexandre Saboundjian, by next year Winamp will have a “completely new version” even as it retains the brand’s legacy. They are aiming to bring a “complete listening experience” to consumers, which includes listening to your mp3s at home, accessing them through the cloud, listening to podcasts, streaming radio stations, and playing playlists the users may have built.

Details on what this revamp would look like are still pretty scarce. The idea is that both the desktop and mobile versions of the app would make it easier for users to search for and access all their music wherever it may be. We don’t know if we’ll be able to see integration with music streaming services like Spotify or Apple Music.

What we do now is that the updated version of the desktop Winamp, version 5.8, will be released this week but the only new things you’ll see here is improved compatibility and some bug fixing. Winamp 6 is expected to be released sometime next year.