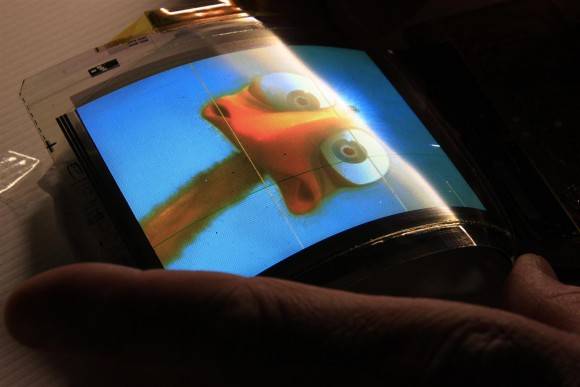 There are a number of technology firms around the world hard at work on creating flexible displays to allow new form factors for smartphones and other devices. LG has announced that it plans to launch a smartphone using a flexible OLED screen before the end of 2013. LG hasn’t offered up a lot in the way of details on the smartphone, but there is certainly a strong chance the device would run the Android operating system.

LG is definitely more known for its Android smartphones than any other type device. The tip that the flexible screen smartphone will be coming came from LG VP of mobile Yoon Bu-hyun. The device is expected to launch sometime in Q4 2012. If LG sticks to that schedule, odds are the device will turn up early in the quarter so it’s available for holiday shopping.

Another thing we’re not sure about with respect to the flexible screen smartphone is exactly what form factor it will take. One potential form factor for flexible screen devices is a clamshell style phone that offers a long display with no seen when opened. However, clamshell phones aren’t exactly popular anymore with most devices using a candy bar form factor.

Other flexible screen smartphone prototypes we’ve seen, particularly from Samsung, uses the flexible screen to wrap around the edges of the device to provide notifications to the user a can be seen without picking the phone up or standing directly over. We will have to wait until later this year to see exactly what LG has in mind.