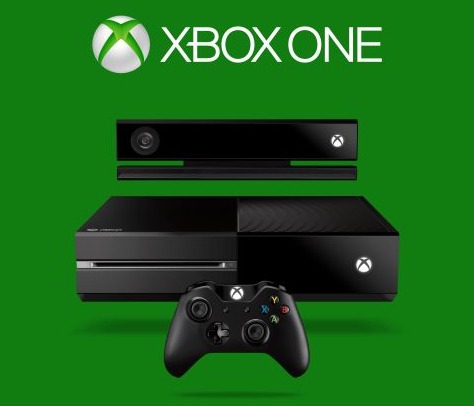 Comparing something like the OUYA game-console at $99 vs the Xbox 360 isn’t really what we’d consider fair. They are two entirely different platforms operating at very different levels. However, with the new Xbox on the horizon today we found ourselves wondering if Android will soon be able to compete with the Xbox, if ever. And we’d love to hear your thoughts too.

Obviously Android being a true competitor to the Xbox and PS4 is a long ways off, if Google ever intends to go that route. Lately we’ve learned that others such as NVIDIA with their SHIELD console, OUYA and more all have the potential to do exactly that. Be a true competitor to Microsoft on the gaming front, but it will take some work to get there.

Mobile gaming has increased year-over-year for multiple years in a row, and is showing no signs of slowing down. With nearly every person having a powerful smartphone these days and technology bringing quad-core and even 8-core chips to our pockets, we certainly can see Android outshining Xbox in the future. With the recent addition of Google Play Games for Android, this is one of many steps Google and Android will need to take.

Now that we’ve been watching the Xbox live reveal, we’re a little worried for the competition. It looks outright amazing. I want one already, and pretty sure we’re not alone with that thought. Voice commands and recognition looks amazing with the Xbox One, but we already have that with Google and Android. Multi-tasking is also already at the core of Android like no other OS on the planet. We’re getting ahead of ourselves here, but imagine the possibilities.

Hardware
As we mentioned above the hardware in the mobile world is rapidly evolving at a crazy fast rate. With 8-core processors in smartphones today, imagine next year. Obviously the 8-core CPU in the Xbox One has much more power, but in 2-3 years when it’s still available and mobile has rapidly evolved, how will the playing field look? Mobile is the fastest growing technology as of late, and we expect that to continue.

The controllers are essentially the same, with minor adjustments, so it’s really about the internals, the multiplayer experience, and of course the games.

Games
What is a console without games? A paper-weight! Obviously Xbox has a wide array of top-tier games on board, and this will never change. At the same time with the increase in mobile developers have been putting tons of focus on iOS and Android. Then we can’t forget things like the NVIDIA SHIELD. Being able to tap into Steam and play every game possible from your PC right on your Android-powered Tegra device, that is where the playing field gets leveled. Console fans will hate me for this, but PC gaming just has more potential due to the hardware. An no, PC gaming isn’t dead.

Being able to play Crysis, Call of Duty, Need For Speed and more all on Android thanks to NVIDIA’s SHIELD device is key, and this is only the beginning. SHIELD has the potential to lead the pack thanks to being tied to NVIDIA’s PC experience, so we’ll be watching their space. The next 6-8 months we will be seeing more and more Android focused games, game consoles, and more. OUYA, SHIELD, and GameStick are just a few, and surely we’ll be seeing much more in the coming months.

Obviously Android doesn’t compete with the Xbox yet, and they won’t for some time, so don’t kill me in the comments here folks. Instead we’d love to hear your thoughts and ideas about where Android is going in the mobile space, and what they could do to improve. As the title suggested, we want to hear if YOU the reader thinks Android can ever compete with the Xbox. We are not saying it can or will, we’re simply posing the question.

Sound off below, and do try to keep it clean!