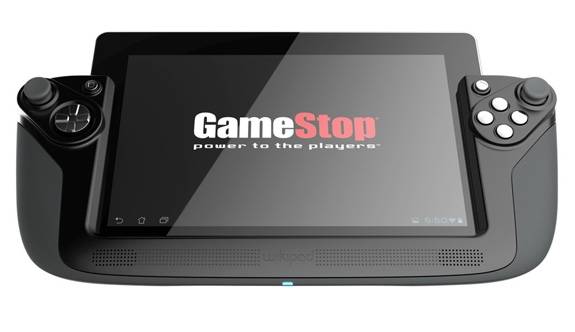 This isn’t the first time we’ve talked about this interesting Android-powered gaming device but today we learned some important details. The WikiPad 10-inch tablet has been a mixed bag of feelings for us but the gaming tablet will finally see store shelves next month. They’ve announced pre-orders are available now and it will be shipping in October.

As I’m sure you already know if you’re interested in this device you’ll get a 10.1-inch 1280 x 800 resolution IPS display Android tablet that docks into a full featuring game controller with improved speakers, controls, d-pads and more. The tablet runs an NVIDIA Tegra 3 quad-core processor, 1GB of RAM and is quite unique looking once docked.

Today the tablet went up for pre-order from Gamestop for $499. Yes the price might be a little steep but you get that awesome game controller too. We aren’t sure what type of response the gaming community will give this, but would love to hear your thoughts on the slate.

The tablet runs an NVIDIA Tegra 3 so will obviously enjoy TegraZone THD games, they are seeking Sony Playstation certification, and Gamestop will apparently be negotiating deals with game developers to get even more certified games for the tablet. GameStop’s Joe Gorman envisions the Wikipad as a device capable of bridging the gap between traditional tablets game consoles allowing the user to “not only work hard, but play hard.”