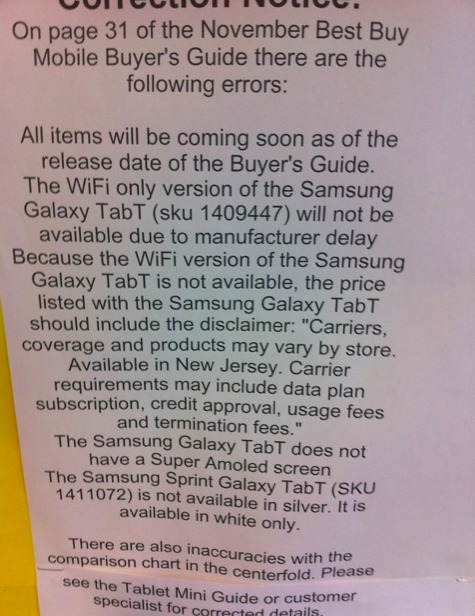 Waiting seems to be a commonplace when talking about the WiFi only Samsung Galaxy Tab. We heard that it was supposed to be launched alongside the 3G version, but plans have dwindled and we have been left in the dark about the status of the device. Best Buy seems to be going back on their recommendation of it in their November mobile buyers guide and are now issuing a correction in stores stating that we will not be seeing the device here soon. Jeff Jarvis snapped a shot of the delay notice, which you can read below.

Now we didn’t think we would see the device in November. Samsung has commented on delays for the device but other than that, details have been scarce. However, we can only assume they’re pretty eager to get it to the public as quickly as possible, hopefully before the holidays.