It’s been a while since we’ve heard much news about the Samsung Galaxy GT-I7500, so it’s a pleasure to see these live photos of the white version of the handset.  Rumored for some time, but until now unsighted in the wild, the images landed in the grateful hands of Arne over at the::unwired.

According to his tipster, the white Galaxy you see here will be identical, feature-wise, to its black counterpart.  That means Android OS 1.5 Cupcake, quadband GSM, triband UMTS/HSPA, WiFi b/g, Bluetooth and GPS, together with a 3.2-inch HVGA AMOLED touchscreen and 5-megapixel camera.  The Galaxy’s 3.5mm headphone socket isn’t such a big deal now that the Hero has arrived with the same thing, but it’s still something we’re glad to see. 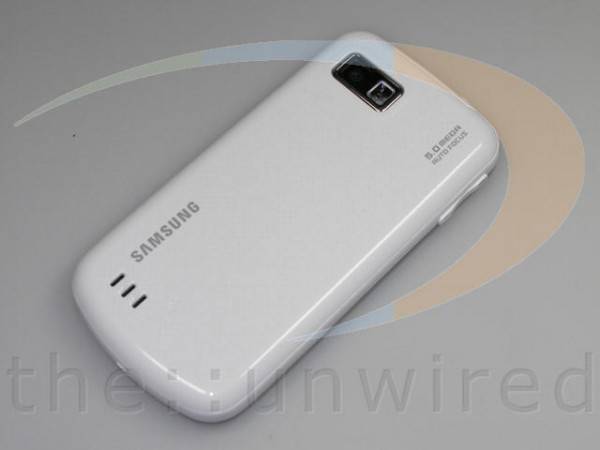 Worth noting is that, no matter how much we might like it to be, this isn’t a leak of the Samsung GT-I5700 Galaxy Lite, just a white version of the original Android smartphone.  Nothing definite regarding launch, but it’s tipped to hit O2 Germany first before spreading to other European carriers.