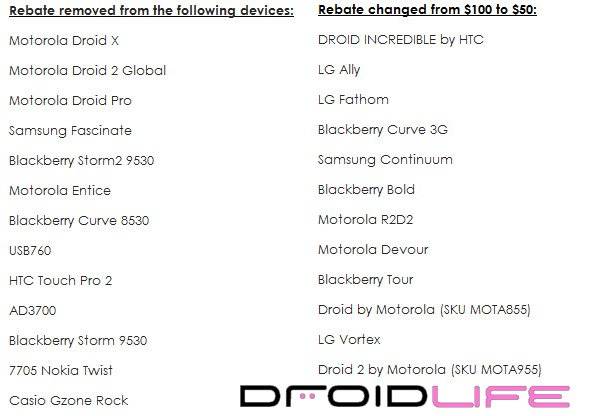 This weekend we heard about Verizon’s plans to change the rebate system that got rid of rebates on smartphones over $150. This didn’t mean the phones would be offered for more, but the user would not have to go through the lengthy mail-in process. Now a list has been discovered at exactly which devices will still feature a rebate and it’s as follows.

We still aren’t 100-percent sure of what this means. Hopefully it means what was said earlier, and that the old rebates will simply be taken off allowing the user to not have to deal with the whole process. But, if not, expect to be paying $100+ more for devices on Verizon starting today.