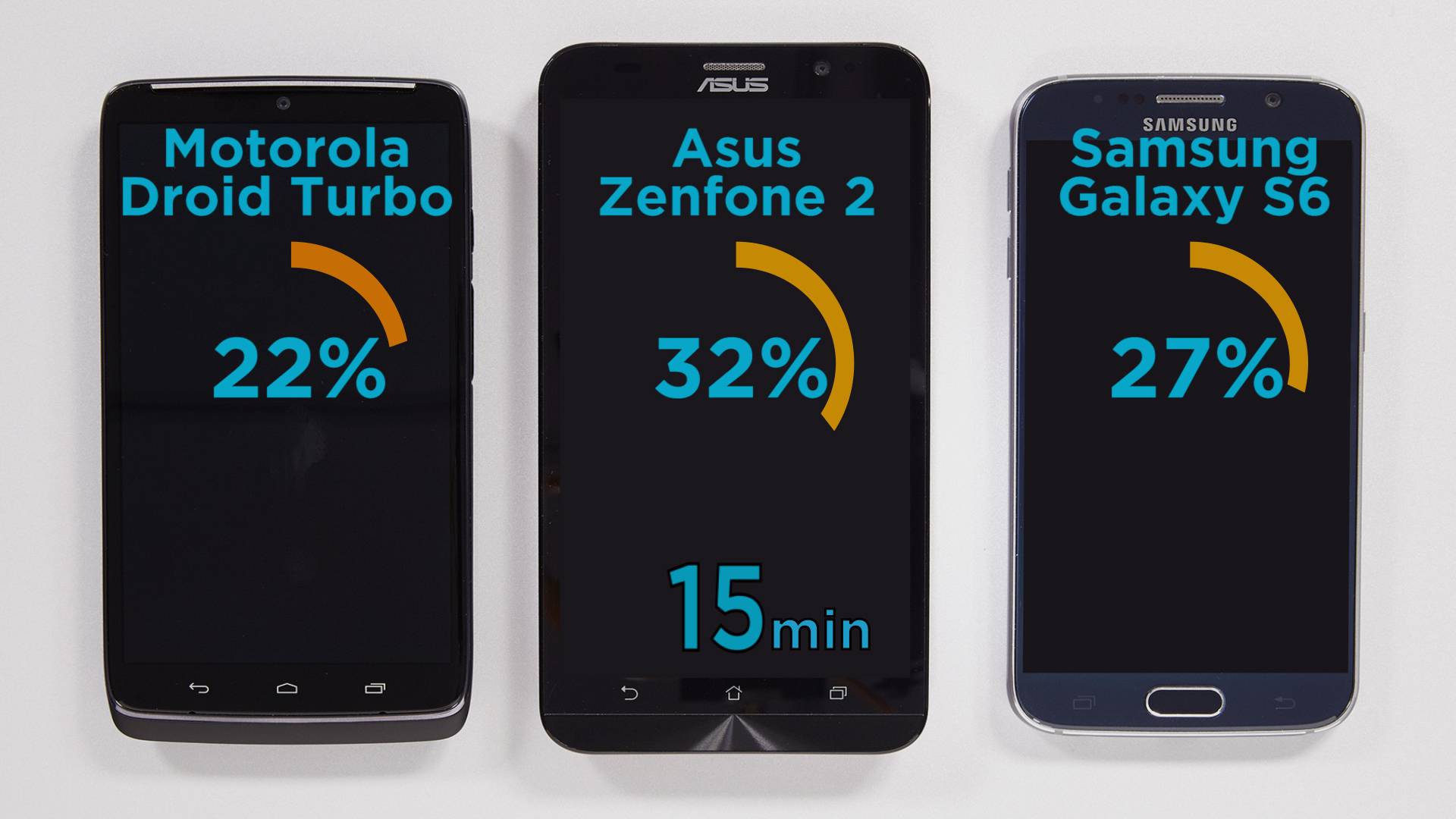 Length of time charging batteries used to be not an issue but since smartphones and technology continue to advance each and every day, battery life is usually the first one to be affected. Standby time is no longer a useful measurement. And while battery sizes differ and there’s also a question of efficiency, it can be a challenge to tell which one is the best because each person’s usage differ.

When it comes to testing phones’ charging capabilities, trust Tom’s Guide to tell us which one is the best. The website tested seven phones  to determine which one is the fast-charging smartphone today in the market. They are as follows: Asus Zenfone 2, Samsung Galaxy S6, LG G4, Google Nexus 6, OnePlus 2, Motorola Droid Turbo, and the lone non-Android device, the Apple iPhone 6.

Not all phones in this test have Quick Charge but have something equivalent. For example, Motorola has the Turbo Charge solution in the Nexus 6 and Droid Turbo. ASUS boasts off its Boostmaster technology. The Galaxy S6 doesn’t use Quick Charge but it comes with a higher-wattage charge to do its job.

To start the test, Tom’s Guide used up all phones until there was no power at all (powered off) and then charged each one up to 5 percent. The clock started once the phones reached five percent battery life, checking the percentage at 15 minutes and 30 minutes.

In the first part of the race, Asus Zenfone 2 reached 32% battery capacity within 15 minutes while the Galaxy S6 only 27% and the Droid Turbo at only 22%. Tom’s Guide said they used the same wall socket for each test to make sure power is consistent.

Here’s the result after five minutes:

After 15 minutes, the Zenfone 2 reached 32 percent. The Galaxy S6 quickly caught up to second place with 27 percent. At the bottom of the trail were OnePlus 2 and the iPhone 6. However, some notable changes happened after 30 minutes. Zenfone 2 still lead the pack but now tied with the Galaxy S6. The two smartphones reached 53% battery life after half an hour.

But which one reached the 80-percent battery and full charge faster? It’s the Samsung Galaxy S6. The phone didn’t start well in the game but became a clear winner once battery reached the 30-minute mark. It only took the phone 1 minute and 22 seconds to reach 100 percent. The phone is followed by the LG G4, Motorola Droid Turbo, Google Nexus 6, Asus Zenfone 2, OnePlus 2, and the Apple iPhone 6.

Most of the phones tested have at least 3000-mah level batteries while the Galaxy S6 only has 2550 mAh so it’s probably the reason why it reached full charge the fastest. But with the Zenfone 2’s 3,000mAh battery, it’s coming in at second place is more impressive. Factoring in the battery size, I say the Zenfone 2 is the major winner here because it’s the fastest to have more juice after 15 and 30 minutes. Whether you like it or not, it’s really during those few minutes when you really need your phone to be juiced up fast. Five minutes, 15 mins, and 30 minutes are all you need to get going so if you want the fastest charging phone get an Asus Zenfone 2. That or a Samsung Galaxy S6.